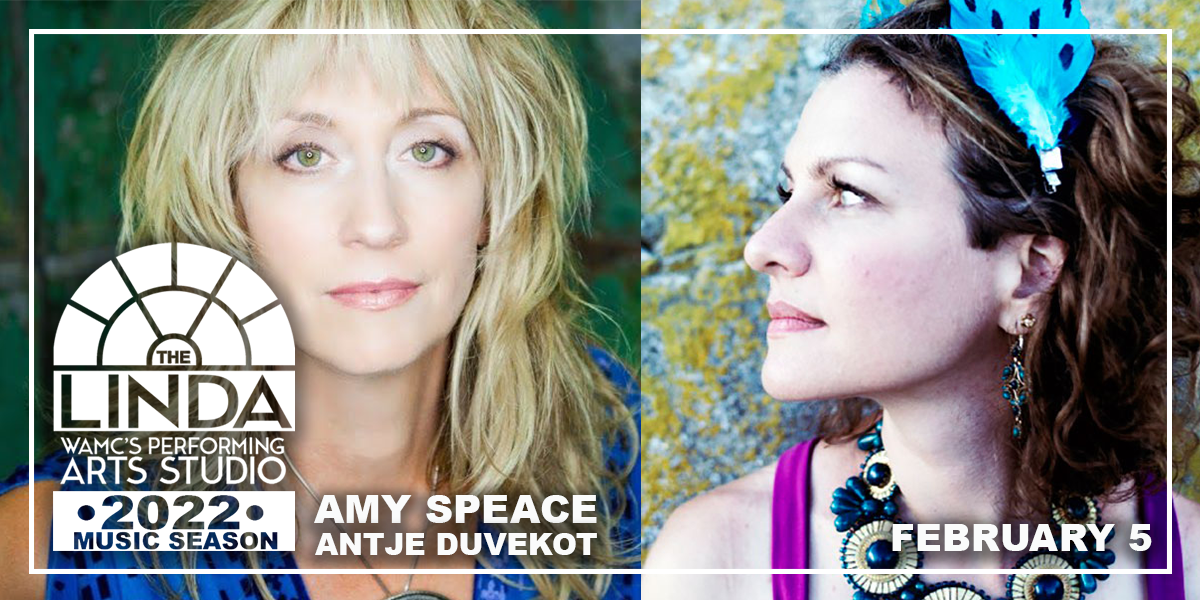 Beautifully uplif ting and deeply personal, Amy Speace has made the most revealing album of her career with There Used to Be Horses Here. Recorded in Nashville in just four days, the award-winning songwriter pulls directly f rom her own childhood memories, coming of age in New York City, and losing a parent while learning to become one.

In its most powerful moments, the album sets Speace’s majestic voice to symphonic arrangements, yet her songwriting remains intimate and emotional. As a fan and friend of the Nashville band The Orphan Brigade, she invited its three members to collaborate as songwriters and co-producers, inspired by their persistent rhythms and sweeping sonic palette. Remembering her vocal sessions, she says simply, “While I was singing over what those guys were playing, it made me feel like I was flying.”

While many of the subjects are heavy, There Used to Be Horses Here isn’t a sad record. Instead it’s a direct reflection of the 12 months between her son’s first birthday and the loss of her dad, propelled by a playwright’s eye for detail, a performer’s gif t of vocal delivery, and a poet’s talent for concise writing.

“The best songs I have written have been since my son was born, when I thought I was going to lose all creative powers to mothering – and it didn’t happen,” she says. “It kicked it into high gear and made me think, ‘I may not have much time left on the planet. Maybe I should just get to the point.’”

Originally born in Germany and transplanted to the US as a young teen, Antje Duvekot began to hone her observational skills through a lens of biculturalism when she picked up a guitar during that move. Some years later, the confessional folk of Dar Williams and Ani DiFranco gave her license to share her observations, no matter how personal, in her first emerging songs. She has never let go of that tenet of vulnerability.

“Duvekot has gotten hotter, faster than any local songwriter in recent memory. Her songs feel at once fresh faced and firmly rooted, driven by the whispery sensuality of her voice. She believes in the redemptive power of the shared secret; and is utterly unafraid to mine the darkest corners of her life for songs that turn fear into resilience and isolation into community.” The Boston Globe

“When I first heard Antje I knew I was witnessing something very special. She creates an entire, detailed world in verse, and takes you there with beautiful and understated melody. Her songs are stunning paintings of color and shade and always generate the heat and light that real art should. In an unpoetic and ‘in your face’ world, she is lyrical and subtle.” – Neil Dorfsman, producer of Bob Dylan, Bruce Springsteen and Sting