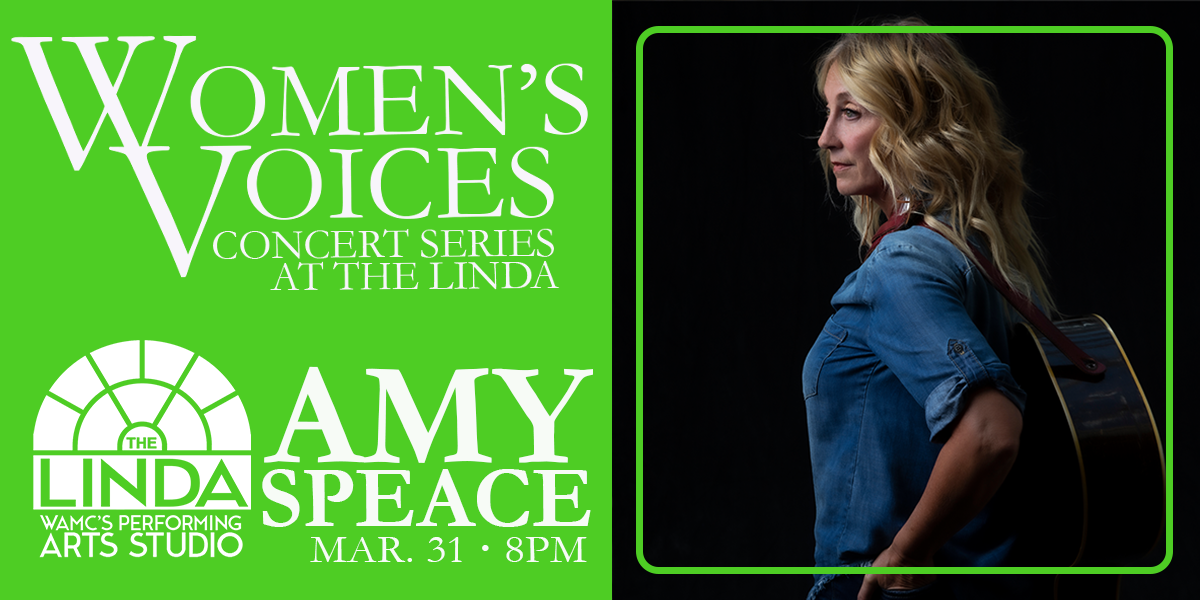 It took Amy Speace just a day and a half to record her new album, Tucson, out February 25, 2021. Don’t
think it’s some rush job, though — Speace spent most of her life finding her way to write it.
The award-winning, critically revered singer follows her acclaimed 2021 album, There Used To Be Horses
Here, with a new, seven-song collection of Speace’s most intimate material yet. While long known for
penning emotional, often personal folk songs with strong narrative bents, Speace lays herself bare on Tucson in a way she’s never done before, for an album that, in some ways, serves as a reintroduction to one of our finest songwriters, two decades into an already remarkable career.

The Linda – WAMC’s Performing Arts Studio, and WAMC Northeast Public Radio, announce the “Women’s Voices Concert Series”, celebrating and showcasing women singer-songwriters, artists and performers. The concert series will begin in February 2023 and continue through the Spring.  In addition to the headlining women for the inaugural concerts, additional support performers including women musicians, spoken word artists and event hosts will be announced in the coming weeks.