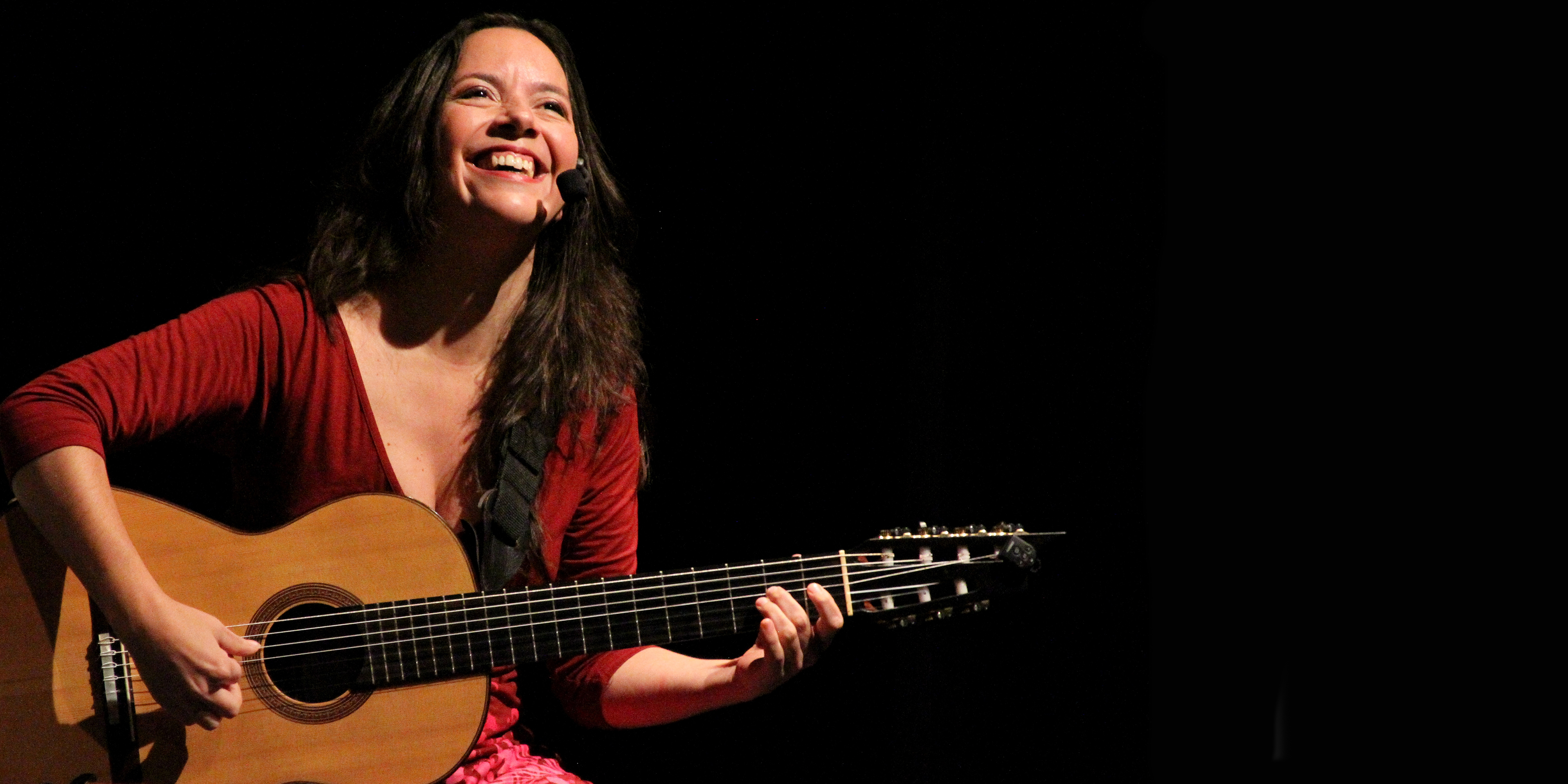 Cecilia will be performing material from her solo CD, El Color de Silencio

Cecilia Zabala is a rising star on the international music scene. Born in 1975, she began playing guitar at the age of 6, went on to study at Conservatory Alberto Ginastera and has since gone on to release 10 CDs under her own name, to teach full time at C.A.G and the Leopoldo Marechal School of Art, and to tour extensively throughout South America, Europe and the United States, with great regularity since 2006.

Cecilia Zabala has been an active participant in the musical life of Buenos Aires, performing regularly with many of the top musicians in Argentina. The same is increasingly true of her travels in Europe and the United States. Her music fully integrates a mastery of classical guitar technique with the folkloric music of her native Argentina, in addition to the culturally related traditions of the Nueva Cancion music that spread throughout Latin America during the tumult of the 1960s and 70s, and the more broadly eclectic musical trends of Brazil that have come to be known under the umbrella of Musica Popular Brasileira (MPB).

Cecilia Zabala is a former student of the legendary Brazilian guitarist and composer Baden Powell, one of the leading innovators of the classic Bossa Nova period in world music. As a singer/songwriter, she combines elements of jazz and global folkloric music, in a unique synthesis that bridges so many styles and genres that it can fairly be described as “sui generis,” or without comparison. At the very least, one can say that her music is “highly singular.” The best way to describe it, in fact, is not to describe it at all, but to let it speak for itself. In that regard, a visit to Zabala’s YouTube channel, where one will find a treasure trove of her live performances, is worth more than 1,000 words spent trying to describe her music. https://www.youtube.com/user/zabalaceci/videos

In 2019, Cecilia Zabala was awarded one of the oldest and most prestigious prizes awarded by the Secretariat of Culture of the government of Argentina, previously bestowed on many of Argentina’s most legendary writers and artists, in recognition of artistic excellence, and carrying with it, a one-time monetary award, and a lifetime stipend upon the age of 60. In Cecilia’s case: 1st place, Jazz/Melodic.

A link to Cecilia Zabala’s website can be found here:

Embracing the classical and traditional flamenco repertoire for her foundation, guitarist, Maria Zemantauski takes her audience on a musical journey inspired by her flair for experimentation and pure love of the instrument. As one reviewer wrote, “Zemantauski has continually pushed the boundaries of the possible with her trusty 6-string, blending genres that have little or no business appearing on the same bill, much less in the same song. It’s rarely less than electrifying to watch her do it.” Based in upstate New York, she has performed in Spain, Italy and across the continental United States to great acclaim. Her five cd releases, including the self-titled, Maria Zemantauski (2018) have received stellar reviews from music critics around the world.