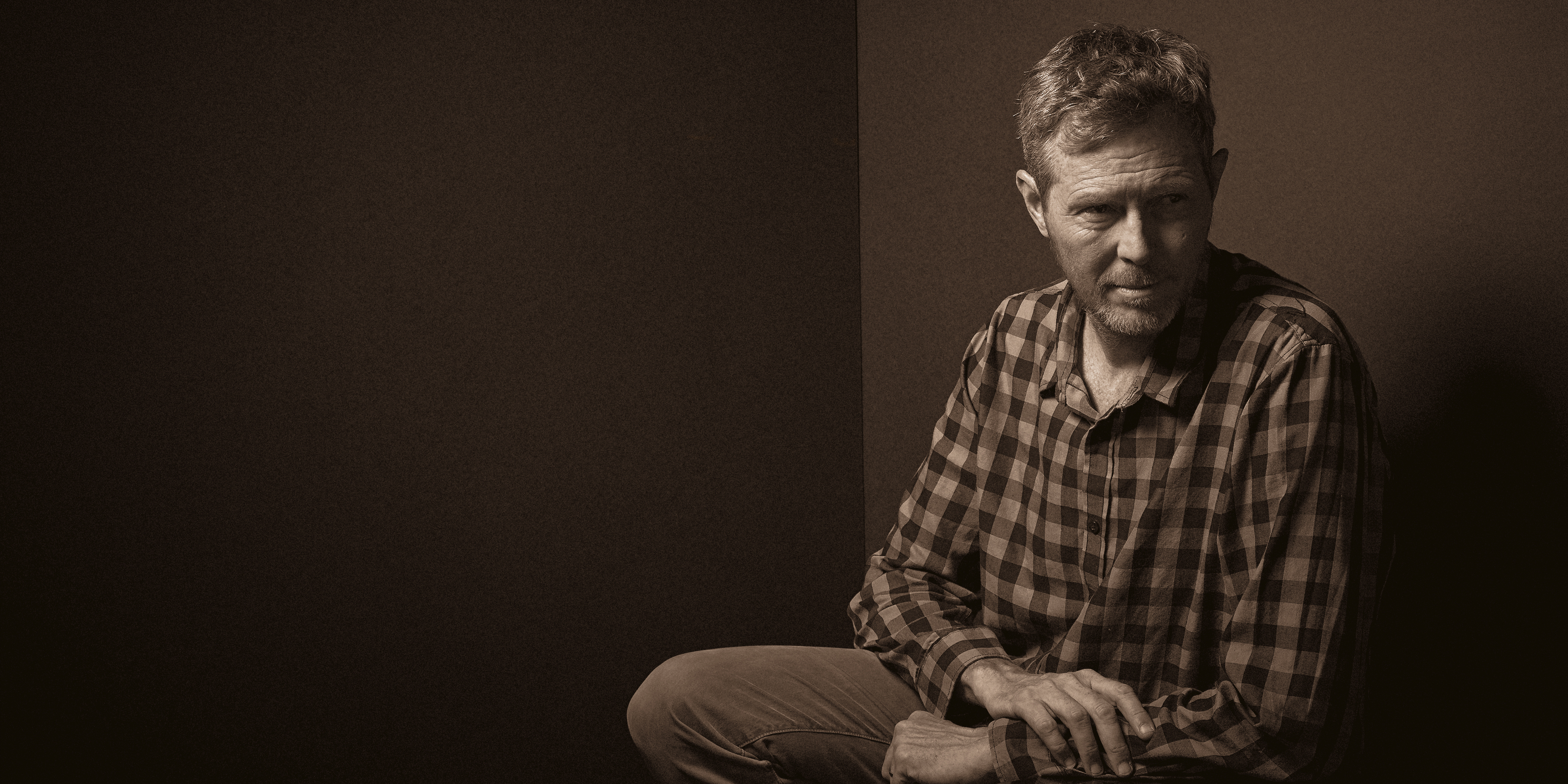 Robbie Fulks is a singer, recording artist, instrumentalist, composer, and songwriter. His most recent release, 2017’s Upland Stories, earned year’s-best recognition from NPR and Rolling Stone among many others, as well as two Grammy® nominations, for folk album and American roots song (“Alabama At Night”).

Fulks was born in York, Pennsylvania, and grew up in a half-dozen small towns in southeast Pennsylvania, the North Carolina Piedmont, and the Blue Ridge area of Virginia. He learned guitar from his dad, banjo from Earl Scruggs and John Hartford records, and fiddle (long since laid down in disgrace) on his own. He attended Columbia College in New York City in 1980 and dropped out in 1982 to focus on the Greenwich Village songwriter scene and other ill-advised pursuits.

In 1983 he moved to Chicago and joined Greg Cahill’s Special Consensus Bluegrass Band. He taught music at Old Town School of Folk Music from 1984 to 1996, and worked as a staff songwriter on Music Row in Nashville from 1993 to 1998. His early solo work — Country Love Songs (1996) and South Mouth (1997) — helped define the “alternative country” movement of the 1990s. His music from the last several years hews mainly to acoustic instrumentation; it returns him in part to his earlier bluegrass days, and extends the boundaries of that tradition with old-time rambles and sparely orchestrated reflections on love, the slings of time, and the troubles of common people.

Robbie’s writing on music and life have appeared in GQ, Blender, the Chicago Reader, DaCapo Press’s Best Music Writing anthologies for 2001 and 2004, Amplified: Fiction from Leading Alt-Country, Indie Rock, Blues and Folk Musicians, and A Guitar and A Pen: Stories by Country Music’s Greatest Songwriters. As an instrumentalist, he has accompanied the Irish fiddle master Liz Carroll, the distinguished jazz violinist Jenny Scheinman, and the New Orleans pianist Dr. John. As a producer his credits include Touch My Heart: A Tribute to Johnny Paycheck (Sugar Hill, 2004) and Big Thinkin’ by Dallas Wayne (Hightone, 2000). Theatrical credits include “Woody Guthrie’s American Song” and Harry Chapin’s “Cottonpatch Gospel.” He served twice as judge for the Winfield National Flatpicking Guitar competition. He tours yearlong with various configurations.

Besides country and bluegrass music, Robbie is fiercely fond of Charles Mingus, P.G. Wodehouse, quantum mechanics, his wife Donna, comedy in almost all forms, cooking, swimming laps, the past, Arthur Schopenhauer, Universal horror movies, his grandson and even his sons, coastal towns in the off-season, and rye whiskey, though in nothing like that order.

Florida-based artist, Matthew Fowler, is the perfect storm of all the essential singer-songwriter elements: a flawlessly raw yet organic voice, intricate melodies, compelling musicianship, and an overwhelmingly rich and rootsy sound.