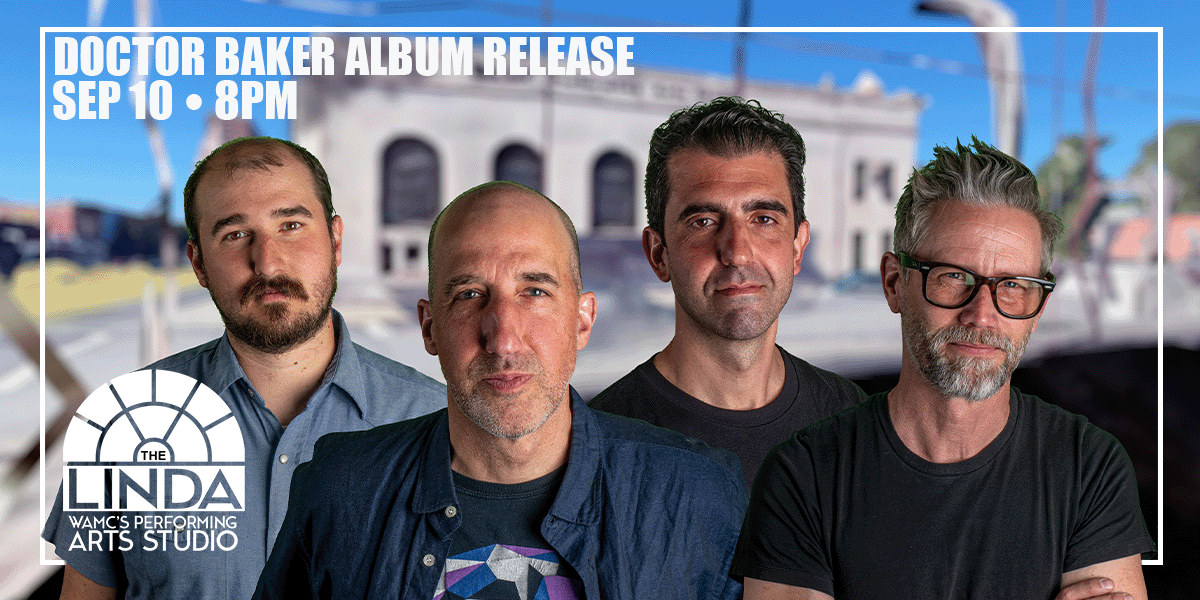 Doctor Baker returns to The Linda to celebrate the release of their new album TRESPASSERS.

Driving back to Albany with Chris Gockley (bass player/guitarist/singer-songwriter extraordinaire) after an awesome Jeff Tweedy show, we got a little turned around and found ourselves in a desolate spot where there were a lot of threatening NO TRESPASSING signs. “We’re not trespassing,” I said. “We just got lost.”

Doctor Baker started out as an acoustic duo featuring singer-songwriter Ed Schwarzschild and guitarist Iggy Calabria, two wayward Philadelphians who met in Albany, NY. After adding Danny Goodwin on drums and Chris Gockley on bass, Doctor Baker sounds a lot louder, and the band’s strong, sound medicine has begun to heal audiences in the Capital Region and beyond.