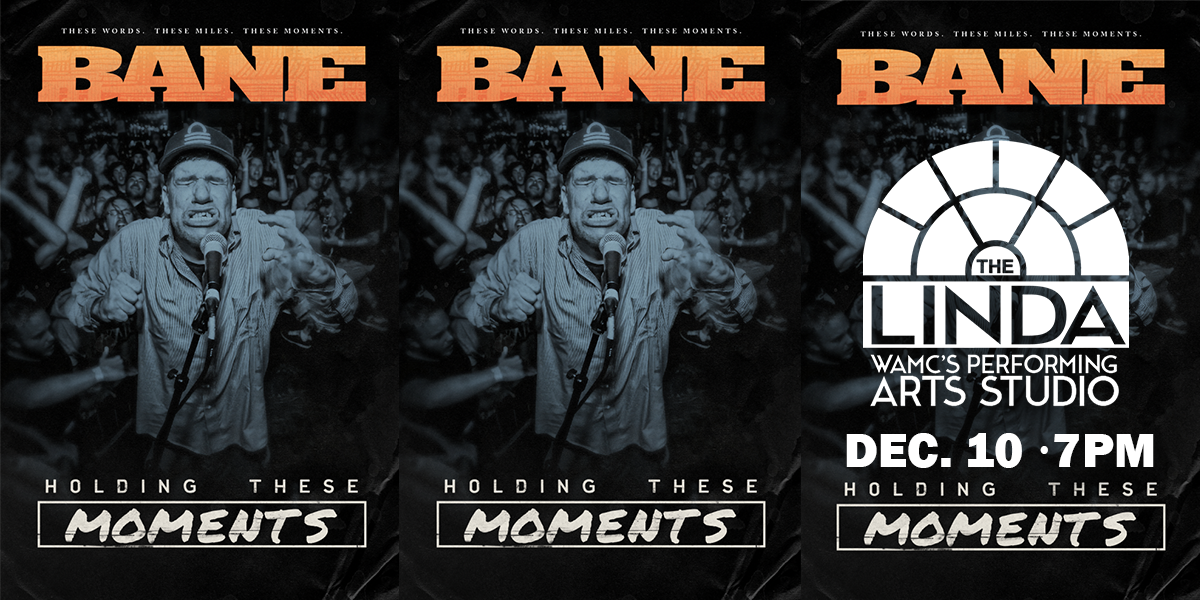 In early 2016, Dan Elswick embarked to document BANE’s final US tour. Starting as a love letter to his favorite band, it turned into much more. Beginning at a time when hardcore music strayed from its punk roots, BANE musically and lyrically challenged people. Five individuals set a course to live and play music by their own rules. After two decades attracting fans with their honesty as people and musicians, the pressure of home life and self-doubt became unavoidable. BANE made an all-or-nothing decision to end the band with a final album and tour. Holding These Moments examines the challenges of living and creating art on your own terms. It explores the artist’s struggle: questioning relevance and living a life of meaning amidst one’s art. Through extensive band, fan, and friend interviews, we see firsthand the impact of people living less ordinarily.

BANE guitarist Aaron Dalbec will hold a Q&A after the film.