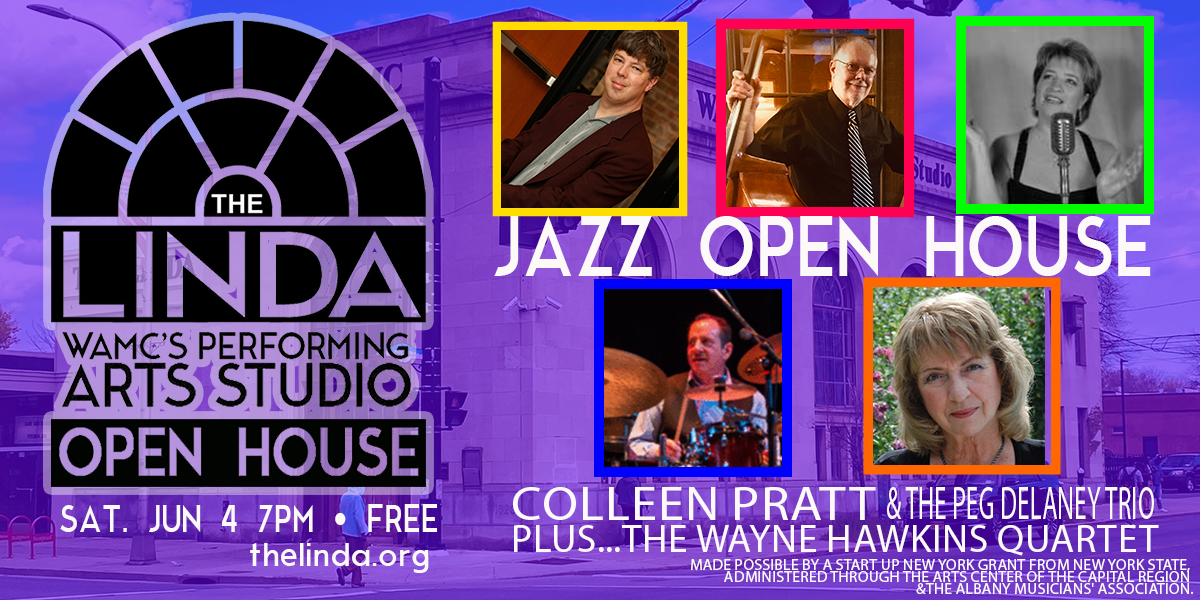 The Linda invites you to a Jazz Open House featuring Colleen Pratt & the Peg Delaney Trio.

This free performance is made possible by a Start-Up New York grant from New York State, administered through the Arts Center of the Capital Region and the Albany Musicians’ Association

with Bob Halek and Bill Delaney

Acclaimed vocal stylist Colleen Pratt and musical partners Peg Delaney, Bill Delaney, and Bob Halek gather songs from the Great American Songbook and add their own patina. Colleen devotes her full, rich vocals to the swing and jazz idioms, and enjoys singing contemporary ballads, pop and Motown. Peg, who draws from American, Latin and Brazilian styles, plays in many different settings from solo piano to big bands. Accompanying vocalists has been Peg’s favorite role and with Bill Delaney on upright bass and the versatile Bob Halek on drums she provides a musical cushion for Colleen’s vocals.

A versatile pianist and keyboardist, Wayne Hawkins performs throughout the country, collaborating with artists of varying styles of music. As both composer and arranger, Hawkins has written for a variety of films, commercials and recording artists.

In addition, his discography includes over 40 recordings with a wide variety of artists. As a leader, his recordings include the critically acclaimed Wayne Hawkins Trio and his recently released Solo work.

As a teacher, Hawkins was on faculty at the University of Kansas for eight years and recently taught at Skidmore College in Saratoga Springs, New York.