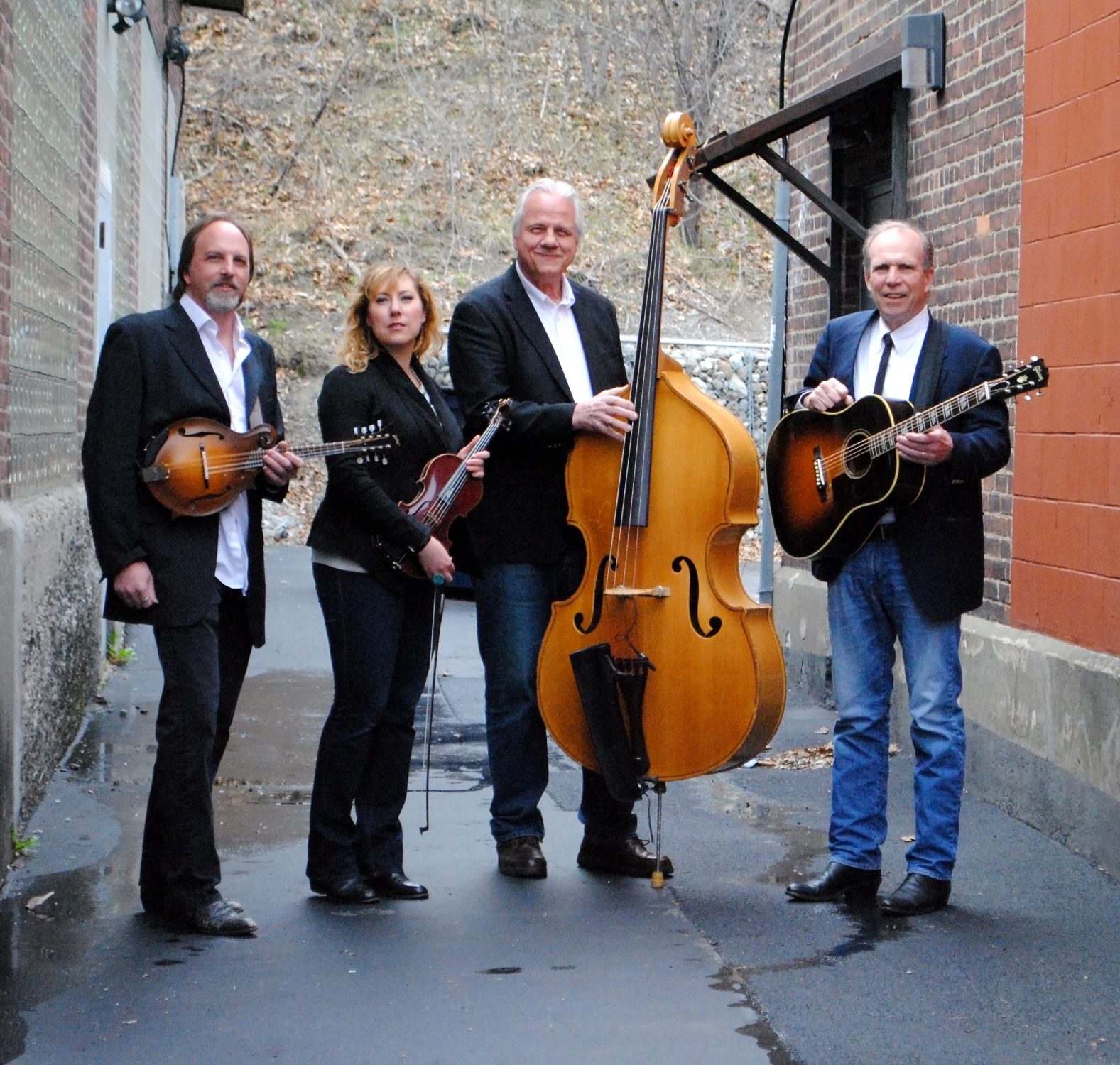 Jim Gaudet and The Railroad Boys make one feel as if they’re traveling in time, maybe back to Louisiana in 1963. Mel Guarino of The Bluebillies said, “There is no other band that I know that can sound so modern and yet so classic and nostalgic. It’s at once, “Old Timey” and “Timeless”, echoing the sound and feel of maybe Hank Williams or the Stanley Brothers, with a “hill-billy” edge.”

THE SONGS: The Railroad Boys continue to be excited to be performing favorite songs from their fifth and most recent CD project. “When It Rains” is a collection of fourteen unique and creatively original songs written and arranged by Jim Gaudet. “When It Rains” as in previous releases, once again touches upon Jim’s stories and songs as they wind their way through various themes. You can find yourself on a trip downtown (Going On Downtown), or a journey to Saratoga, NY (Going Up To Saratoga), maybe proving your love with a tattoo (Ink My Name), or realizing luck may be in your future (Lucky Day).

THE RAILROAD BOYS PHILOSOPHY: lt’s the basic belief of The RR Boys that audience participation leads to a deeper and more meaningful connection. It is typical to hear the band’s audience enthusiastically whooping it up during songs like their signature “shout along” titled “So Far So Good” or maybe dancing to “If It Ain’t Cajun”. The RR Boy’s closeness with their listeners is obvious no matter where they perform. They consistently bridge the gap between themselves and their audience, essentially creating one big “down home” family who’ve been brought together by their shared experience through Jim and The RR Boys songs and musical stories.

THE BAND: The band supports Gaudet’s song writing and arrangements with just the right amount of gusto and drive. The band was honored to have been featured in a full length profile article in the highly respected “Bluegrass Unlimited” magazine. The group consists of Jim Gaudet, guitar, singer, songwriter, Bobby Ristau, upright bass and backing vocals, Sten Isachsen, mandolin and backing vocals, and either special guests Sara Milonovich or Tucker Callander, on fiddle and backing vocals.

Guy Craig Havighurst, Co-host and Journalist for Music City Roots’ Nashville, TN “Several things struck me listening to Jim’s fourth album “Reasons That I Run”. First, is the expertly relaxed groove of the band, a quality I associate with John Hartford, and there’s just a little doubt that Jim feels the influence of the late great musician and river boat pilot. Next there’s Jim’s voice, which reminds me of the wry authenticity of Loudon Wainwright III. Jim began performing mid-life, so his approach is rich with experience and he seems intent on singing his truth more than impressing anyone. Lastly, the songwriting is clever and full of sparks. Maybe other bands and top bluegrass artists are already looking at Gaudet’s songs for their own albums; they should be”.

“Jim Gaudet & The Railroad Boys started things off with a set that showcased its leader’s fine songwriting, from the comic “Handle the Truth” to the spooky, minor-key murder ballad, “The Wind Blows Cold.” Driven by the fiery picking of fiddler Sara Milonovich, and mandolinist Sten Isachsen, the Railroad Boys closed the show with an imaginative cover of Dire Straits’ “Walk of Life,” into which Gaudet tossed a few subtle lyric changes, notably a tribute to Guy Clark in his line, “the song about the Randall knife.” It’s hard to have your own sound in a bluegrass band, but Gaudet and his fellow veterans have an easygoing style all their own, an unpretentious mix of folk and bluegrass that got the evening off to a great start.

Grey Fox producer, Mary Tyler Doub, one of the leading movers and shakers in the world of bluegrass music, stated “What spoke to me first were Jim’s songs and his voice. He didn’t sound like other singers and I like that uniqueness very much. His lyrics and melodies struck me as fresh and powerful. I wanted those songs and that energy and that sound at Grey Fox.” Their talent was obvious, their personalities disarming and it was clear they were a perfect fit for the festival. Our friendship was instant and I felt a level of trust that you rarely find in this business. These guys are the real deal.”

“Jim Gaudet and The Railroad Boys specialize in a progressively flavored bluegrass sound often containing wickedly funny, all original, satirical lyrics. They are consistently entertaining and have attracted an avid, loyal audience. Don’t miss an opportunity to see this band which offers a change of pace and a lot of up tempo fun.” –Ted Lehmann, Nominated annually for the IBMA Print/Media Person of The Year

WAMU, Washington, DC, Bluegrass Country host Katy Daley said, “Loved having you on the show, please plan on coming back with your new CD. You are an excellent songwriter and if l lived in the Albany area, l would be a regular at your gigs.” Their performance so impressed the NPR station’s producers, was chosen to be rebroadcast on the popular show, “Editor’s Picks”.

The impacts of COVID-19 have been dire for working musicians and the music industry as a whole. The goal of this series is to help restart the local music economy by bringing a wide array of eclectic and diverse, local and regional musicians back to the stage in a safe environment and to provide fans with a professionally produced concert delivered directly to their homes via YouTube stream. Similar to some of our in-person concerts, the virtual concerts are ticketed events and just like all concerts at The Linda, the productions will be of the highest quality visibly and audibly.

-The virtual concerts will take place every Monday night at 8 pm.