Laughs at The Linda – Eliot Chang 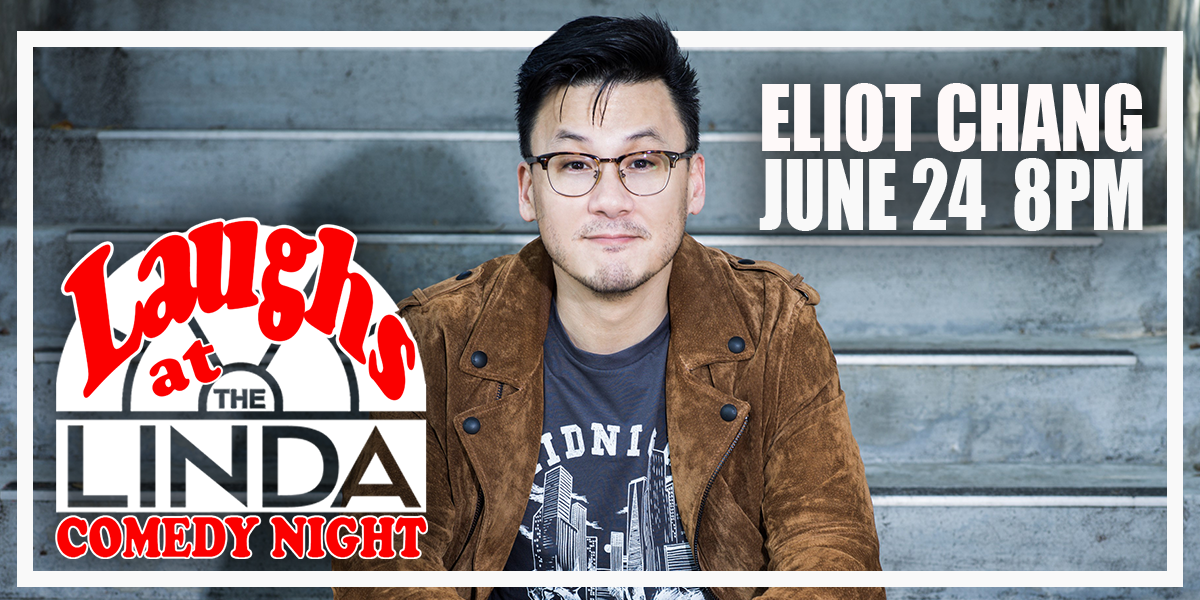 Eliot Chang has been seen on his own Comedy Central Half Hour specials, as a frequent guest on E!’s “Chelsea Lately”, Showtime comedy specials and has received millions of views on his own youtube channel http://www.YouTube.com/EliotChangOfficial

“In a comedic landscape that is often wrought with sarcasm, self-deprecation, and cynicism, I have to say that Eliot Chang is a welcome relief! His point of view is honest and real yet Eliot’s approach is marked by a fun positive energy that is genuine and refreshing. (That is something that sets him apart – the fact that he is still funny with this attitude and energy that other people try to put forth and it comes off as an act). He’s simply fun to watch and makes me laugh.” – JoAnn Grigioni, VP Talent, Comedy Central

Originally from New York City and now based in Los Angeles, he has toured in almost every state in America and parts of Europe and Asia. This comedian is also an actor and improviser. He studied improv in NY at the Upright Citizens Brigade (UCB) and then with Armando Diaz at the Magnet Theater.

Also featured is Ethan, Christian and the Eligible Spatulers. A comedy music duo featuring comedian Ethan Ullman (as heard on the Howard Stern Show, Kevin Allison’s RISK! Storytelling podcast, and Dave & Ethan’s 2000” Weird Al Podcast) as well as singer-songwriter and producer Christian Portwine. Their debut track “Petroleum Habit” has been praised and heard around the globe on the world-famous Dr. Demento Show.