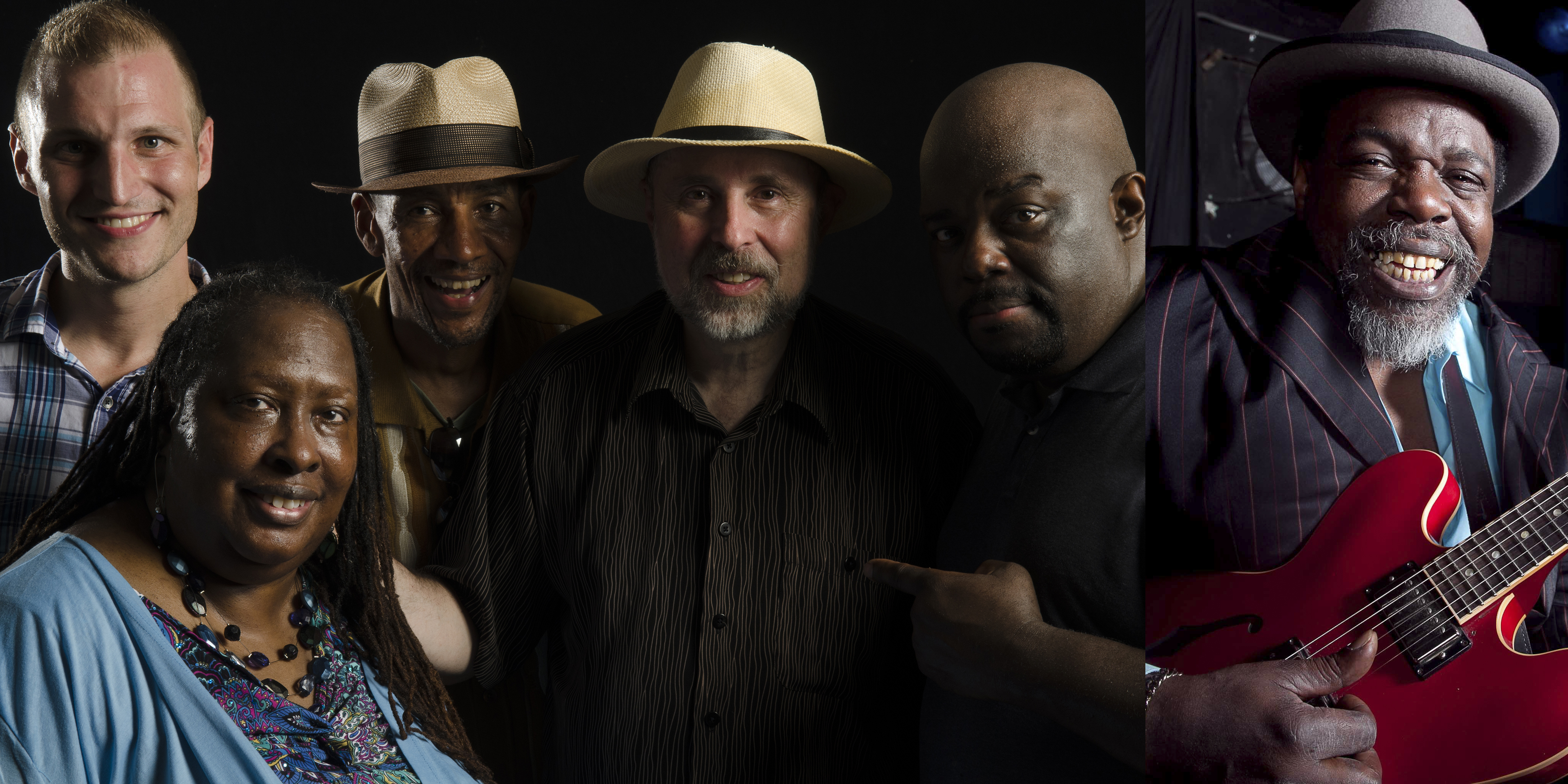 Lurrie Bell, son of the blues harp great Carey Bell, has been steeped in the traditions of the blues since his birth on December 13, 1958. At the age of six, Lurrie picked up a guitar that he found lying around the house, and taught himself to play. Lurrie grew up around many of Chicago’s blues greats – he was literally schooled in the blues. Role models and mentors included not only his father but his grandfather, former Muddy Waters pianist Lovie Lee, as well as others such as guitarists Eddie Taylor, Eddie C. Campbell, Jimmy Dawkins, Eddie Clearwater (a cousin), harmonica master Big Walter Horton, piano legend Sunnyland Slim, ace bass player Bob Stroger, and many more.

From the ages of 8 to 15, Lurrie left Chicago to live in Mississippi and Alabama with his grandparents. During this time he played in gospel churches, immersing himself in the passionate expressiveness and emotional commitment of the venerable gospel tradition. After moving back to Chicago, he continued to play in church; attending Crane High School, he also formed his own band, and played Soul, R&B and Blues. The first time Lurrie performed publicly on stage with a blues band was at the age of 16 with Willie Dixon.

By 1975, Lurrie was close to graduating high school, but decided to leave at the invitation of his father to join his band. After savoring a taste of the life of the professional bluesman, Lurrie never looked back. He found himself in demand, and some of the music’s leading lights offered him jobs in their bands. Soon he was being celebrated internationally as a rising musical genius. He was also noted for the soulfulness and maturity of his singing, which was astounding for a blues musician at such a young age. He garnered write-ups in major publications such as Rolling Stone and the New York Times, touting him as a rising star. But tragically, the onset of mental illness in his early ’20s stopped Lurrie from fulfilling this destiny.

For nearly two decades, Lurrie struggled. Despite several short stays in institutions, he received little ongoing treatment, and he eventually became homeless. By the early ’90’s, he didn’t even own a guitar. However, his passion for music remained unrelenting. He often spent his days walking around the city, playing harmonica. At night, he’d still find his way to blues clubs, where he’d stand at the edge of the stage blowing harp, hoping to be called up. Usually Lurrie was ignored or even barred.
Nonetheless, many times he was still able to strap on a borrowed guitar, and play down torrents of fractured lightning, before handing it back and disappearing again into the night. Some mornings he’d show up at the Maxwell Street Market, dirty and disheveled after days of roaming the streets, find a band, and pour forth an epic version of a blues classic like Buddy Guy’s “A Man And The Blues,” astounding long-time observers and casual tourists alike with the depth of his passion, and the height of his musical powers. Moments like these have become legends in the annals of Chicago blues. To this day, Lurrie remains beloved as a musician, and deeply respected as a man for the courage and perseverance he showed during those dark years.

Even while he was struggling, record producers continued to seek him out. Bandleaders hired him, whenever he was able to play and sing, as a sideman in their bands. He also recorded some well-received disks under his own name. Lurrie’s discography, as leader and sideman, lists over 70 recordings.

Finally, in 2000, Lurrie began to receive some of the professional help he had needed for so long, and he began to regain control of his mind and his life. He has also started to rebuild his music career, and the results have been astounding. His technique is more powerful and focused than ever, yet the incendiary intensity that’s always characterized his music- through good times and the bad – is undiminished. Lurrie leads his own band, “Lurrie C. Bell’s Blues Band,”, and tours Europe about 2-6 times a year. Word is spreading to a new generation of blues fans that Lurrie is back, better than ever, and this time he’s here to stay. In the liner notes to the Lurrie’s 1997’s “Blues Had a Baby” (Delmark Records), producer Scott Dirks writes: “Regardless of how many times you hear Lurrie Bell play, he will do something to surprise you. To say he is creative and inventive is an understatement – each time he picks up a guitar he seems to have forgotten where the limits are, what boundaries existed the last time he played, and he fearlessly sets out on a new exploration.”