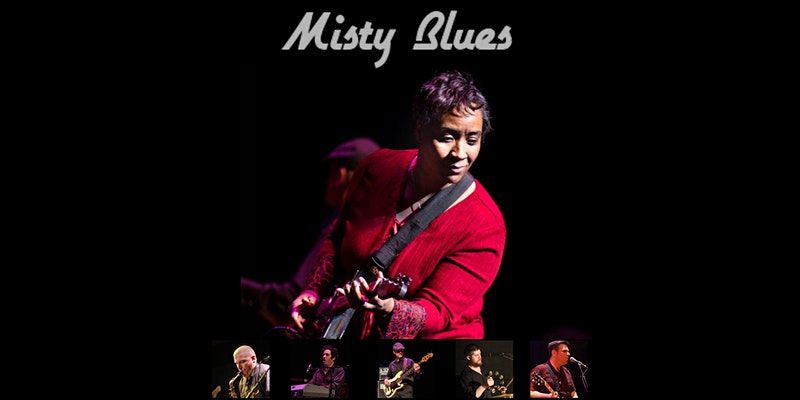 The Linda WAMC’s Performing Arts Studio presents Misty Blues for the release of their new album.
Get Online Tickets

In the summer of 1999 Gina Coleman was performing in the Williamstown Theatre Festival production of A Raisin In The Sun. That production featured the acting of Ruben Santiago Hudson, Viola Davis, Kimberly Elise and Gloria Foster. Coleman was casted as a gospel singer. Nearing the end of the show’s run, Ruben Santiago Hudson gave Coleman a cd collection entitled Men Are Like Streetcars. He told her that her voice was well suited for the blues and urged her to take that next musical direction. Coleman heeded his advance, and after 20 years, Misty Blues has stood the test of time. Now the band celebrates the release of their 10th album entitled None More Blue… released in January of 2021.

We at The Linda realize that the impacts of COVID-19 have been dire for working musicians and the music industry as a whole. The goal of this series is to help restart the local music economy by bringing a wide array of eclectic and diverse, local and regional musicians back to the stage in a safe environment and to provide fans with a professionally produced concert delivered directly to their homes via YouTube stream. Similar to some of our in-person concerts, the virtual concerts are ticketed events and just like all concerts at The Linda, the productions will be of the highest quality visibly and audibly.

-Tickets to the replay of this concert will be available until April 14th at 12 am.