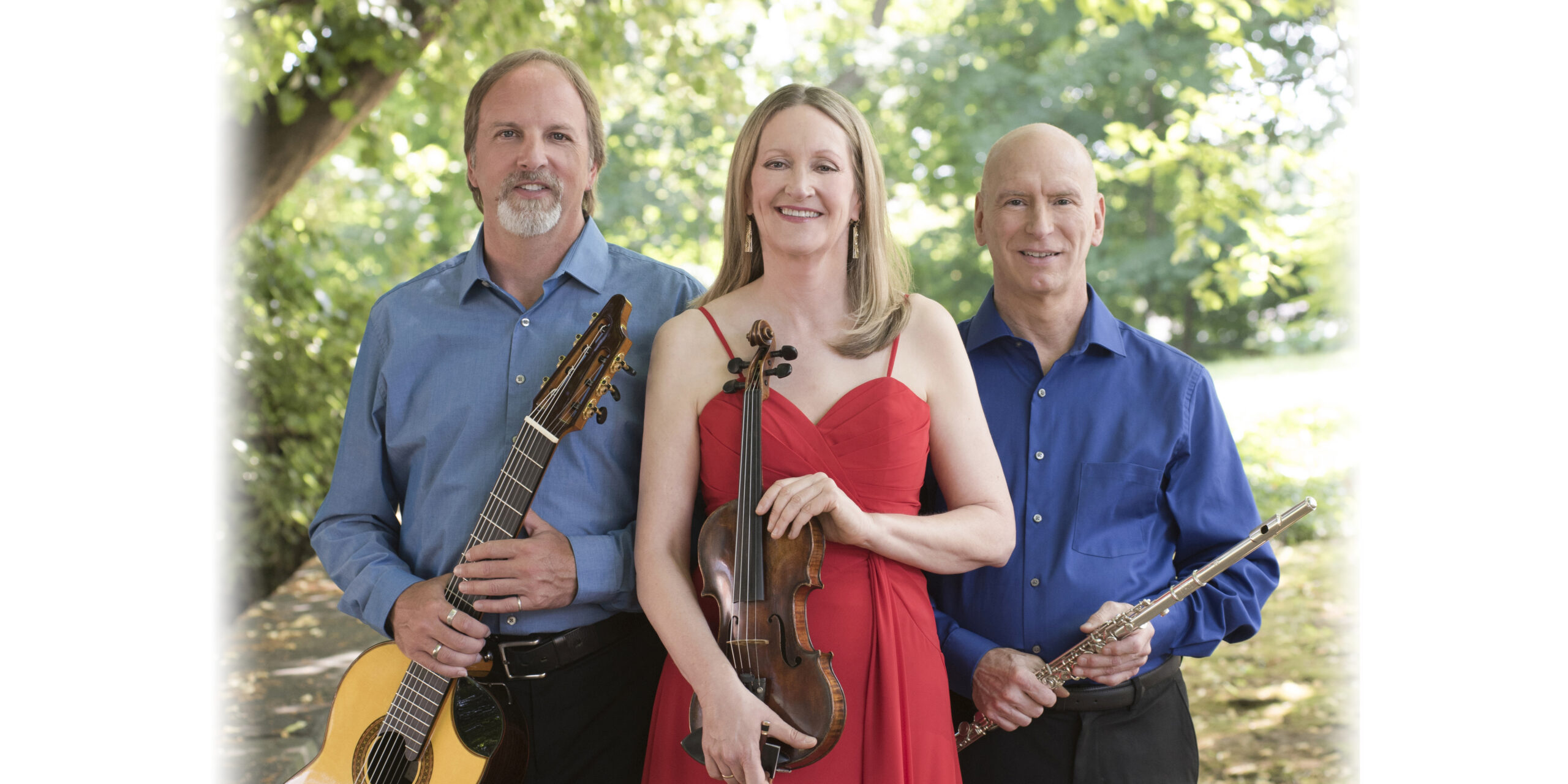 2020 is the 250th anniversary of one of the titans of classical music, Ludwig van Beethoven. Perhaps the most admired and respected composer of all time, Beethoven’s influence and popularity continues more than 190 after his death. Celebrate his landmark year with a program of chamber music works including his early flute and violin sonata; an 1820s transcription of some of his most popular works by Anton Diabelli; and the delightful Serenade for flute, violin and guitar op 25. Join Musicians of Ma’alwyck for this very special Beethoven Birthday Party!

Musicians of Ma’alwyck recently released its first commercial CD, which Joseph Dalton of the Times Union praised, calling it “elegant and charming.”

Musicians of Ma’alwyck is delighted to be in residence for 2019 and 2020 at Hyde Hall, a historic site near Cooperstown, NY. The ensemble recorded their second CD there, which will be released in early 2021 and features music from Hyde Hall’s archives.

Ann-Marie Barker Schwartz attended Boston University, where she studied with Roger Shermont and received a Bachelor’s degree in Music Performance. From 1982-1997 she was a member of the first violin section of the Albany Symphony Orchestra, and currently performs with the Glimmerglass Opera Orchestra. She is director and violinist of Musicians of Ma’alwyck. She received her Master’s degree in American History from the University at Albany (New York), where she specialized in research of music in America during the 1700s and 1800s. A Cunningham Research Resident at the New York State Library, she worked on early 19th-century musical activities in Albany, culminating in a production in 2009 of George Washington’s favorite opera The Poor Soldier by William Shield and John O’Keefe. Ms. Schwartz was a producer for Dorian Recordings, and continues in that capacity for the award-winning Baroque ensemble REBEL. Their last recording, devoted to music of Telemann, was in the 2014 Grammy pool.

Ms. Schwartz has taught music history at the University at Albany and Siena College. She is the adjunct professor of violin and viola at Schenectady County Community College (SCCC) and at Union College.

Sten Isachsen has been a member of Musicians of Ma’alwyck since 2001, and commissioned a new work for the ensemble by mandolinist Bob Bates, which was premiered in 2005. An Assistant Professor of Music at Schenectady County Community College, he oversees an outstanding undergraduate Music Audio Technology program as well as a Guitar Performance program.

Isachsen is a founding member of the Finger Lakes Guitar Quartet, which has commissioned works from composers Anthony Holland and Brett Wery. Isachsen has also performed with The Albany Symphony, Albany Pro Musica, Capital Region Wind Ensemble and the Empire Jazz Orchestra. In addition to his work as a classical guitarist, Isachsen is endorsed by Martin Guitars, Eastman String Instruments, D’Addario Strings and performs regularly on a variety of instruments, working with Country Music Hall of Famers Charlie Louvin, The Haggar Twins and many upstate New York musicians including Jim Gaudet and the Railroad Boys, Caroline MotherJudge, and GX3+.

Norman Thibodeau has been a member of Musicians of Ma’alwyck since 2006. He also performs with the wind quintet Fünf and Vermont Virtuosi, and has performed with the Maverick Chamber Players. He was assistant principal flutist of the Orquesta Sinfónica del Estado de México, and has played with almost all the professional orchestras in and near the Capital Region of New York State. In 2008, he was guest solo artist for the Skidmore College Flute Festival. He has recorded solo flute works of Anthony Holland for Albany Records, and has had both live and recorded performances broadcast on NPR. He embraces variety and versatility in his performing life, having performed on a range of flutes from baroque traverso to contrabass flute, plus a quarter-tone flute including a sliding headjoint.

Also a composer, Norman has works published and recorded by ALRY Publications and Albany Records. Norman was trained at Peabody Conservatory and the University at Albany. His teachers include Irvin Gilman, Robert Dick, Stephen Preston, and Britton Johnson. Norman teaches flute at Schenectady Community College and the Berkshire Music School. He also teaches extended flute techniques each summer at the Wildacres Flute Retreat, and has taught flute at Colgate University, the College of St. Rose, and the University at Albany. Additionally, Norman is a trained practitioner of the Feldenkrais Method, an approach to movement education that musicians in particular have found highly beneficial to their performance level and comfort.

We at The Linda realize that the impacts of COVID-19 have been dire for working musicians and the music industry as a whole. The goal of this series is to help restart the local music economy by bringing a wide array of eclectic and diverse, local and regional musicians back to the stage in a safe environment and to provide fans with a professionally produced concert delivered directly to their homes via YouTube stream. Similar to some of our in-person concerts, the virtual concerts are ticketed events and just like all concerts at The Linda, the productions will be of the highest quality visibly and audibly.

-Tickets to the replay of this concert will be available until January 6th at midnight.