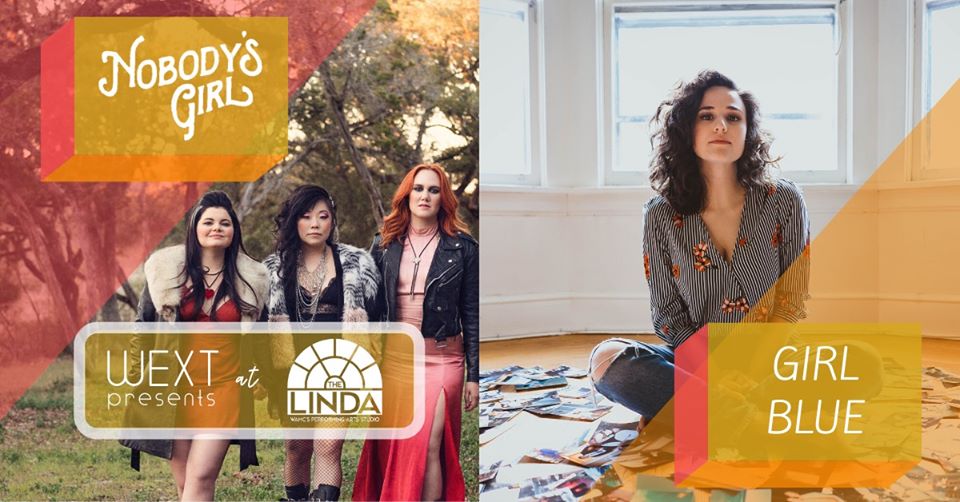 Nobody’s Girl are touring in support of their brand new (self titled & first full length) album, which will be released worldwide July 10th!

If you like Alanis Morissette, Brandi Carlisle, and crying in public, you’re going to love Girl Blue. Writing deeply emotional songs with strong singable hooks, singer/songwriter/producer Arielle O’Keefe is absolutely one to watch. She’s been featured on top Spotify playlists (New Music Friday) and charts (#2 on US Viral Charts), in national commercials, and on top blogs like the Huffington Post. It’s been said “she…has the kind of spark that makes stars” (The Alt), and most especially as a live performer she has an authenticity that regularly moves audience members to tears. She has based herself in Troy, NY, where she writes and records music with recording collective “Just Pretend”.

This is gonna be a great night!