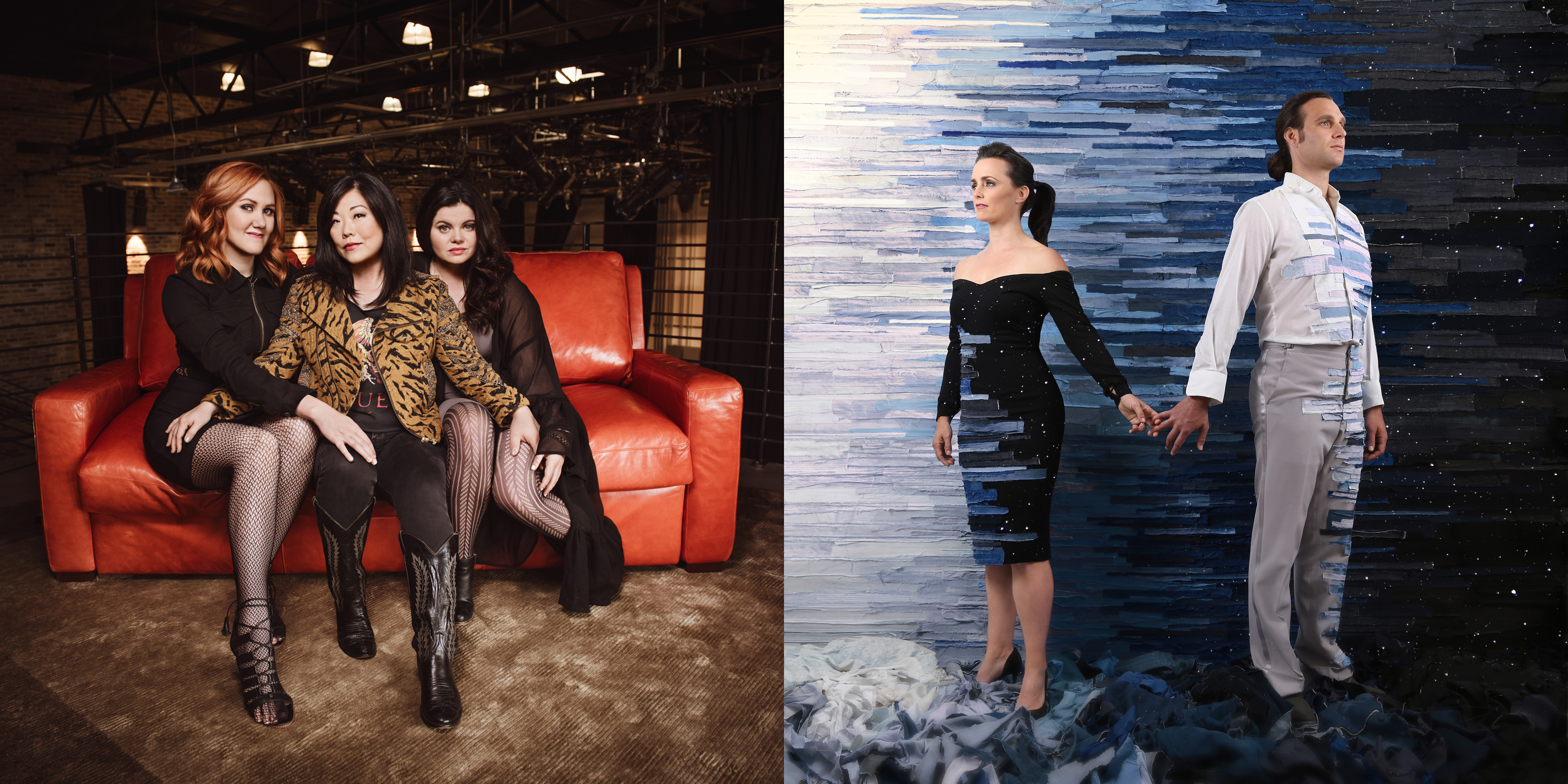 Join Nobody’s Girl and Goodnight Moonshine for a night of unforgettable songs.

Hailing from Texas, Alabama, and Georgia respectively, now neighbors in Austin, BettySoo, Grace Pettis, and Rebecca Loebe are bewitching audiences with sumptuous harmonies and unforgettable songwriting. Friends now for a decade, they first met at the legendary Kerrville Folk Festival, each winners of the annual “New Folk” award. Luscious harmony singers, effortless instrumentalists, seasoned touring artists – they recognized what each can accomplish individually could be made all the stronger by collaboration. Now, the spark has been set, the fire lit. Their individual and collective fans are eating it up. A video of “Fast Car” garnered twenty-thousand views on Facebook within days of posting. The harmonies are thrilling; echoes of Emmylou Harris, Dolly Parton and Linda Ronstadt’s Trio recordings. The songs are powerful and spare. The stage presence confident and assured. Their collaboration has resulted in their debut EP, Waterline, under the band name NOBODY’s GIRL, released in the fall of 2018 on the Lucky Hound label.

Every once in a while, an album comes along that’s a breath of fresh air…a statement of substance and grace that reminds us of life’s bigger picture: keeping a marriage afloat, raising children, dealing with death, loving your partner, finding yourself, claiming your independence.

On Goodnight Moonshine’s upcoming June 1st ‘I’m the Only One Who Will Tell You, You’re Bad,’ the duo delivers a funny, smart, explicit, raw, honest, mature, witty collection of Folk-Pop songs that reflect the messiness of ‘partnership’ (in its many forms,) parenthood and growing up, while evoking the emotionally resonant aesthetic of Shawn Colvin and Patty Griffin. For Goodnight Moonshine’s wife and husband duo Molly Venter and Eben Pariser, the journey was cathartic and, as Venter describes, “an exploration of post honeymoon, post-kid relationship in all it’s heart-opening and door-slamming glory!” Pariser adds, “The album chronicles a revolutionary time in our lives, and the country and world at large.” The semi-autobiographical CD’s opening track and first single, ‘Settle Down’, opens with blunt cleverness: “We never got to experiment with psychedelics before you knocked me up, We never had that 3-way in the heart of Paris, and now we’re all grown up…Baby I love our life, but I don’t want to settle down.” Other highlights on the album, from ‘I Love You Goodbye’ to ‘January Skies’ to ‘Scientist’, blur real-world themes with invented details.