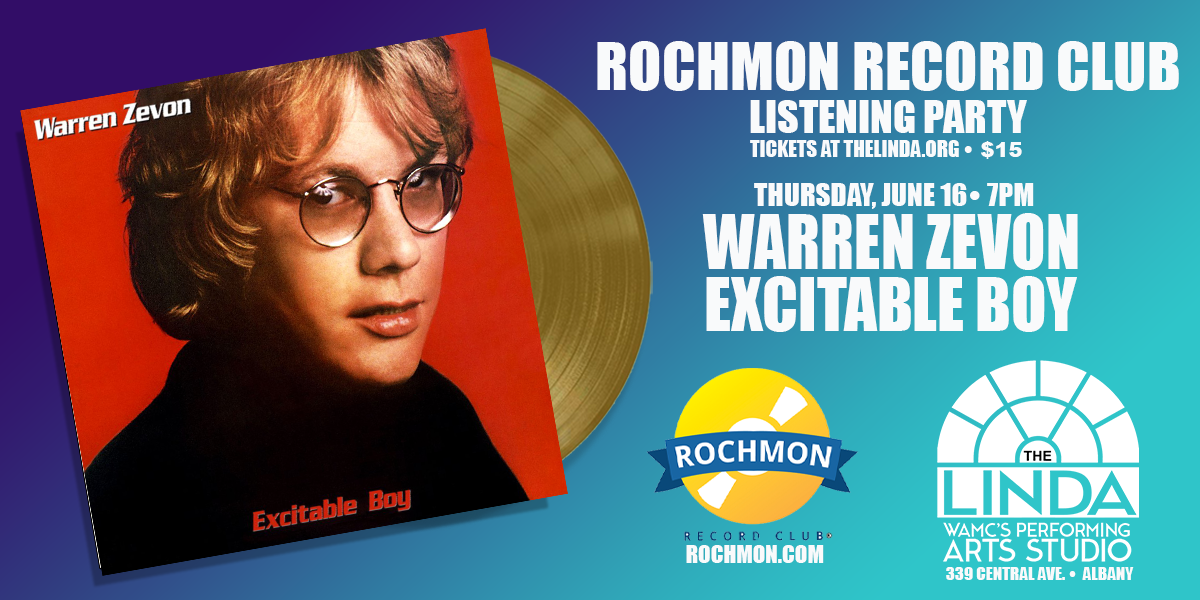 On Tuesday, June 16, The Rochmon Record Club will converge to listen and learn about Warren Zevon’s 3rd album, “Excitable Boy”. In the early 70’s Warren Zevon was touring as band leader and keyboard player for the Everly Brothers. By the time Warren moved to Los Angeles in 1975 his reputation had preceded him. “Excitable Boy”, Warren Zevon’s bestselling album was made with the support of the most talented musicians in LA, and features such well-known Zevon songs as “Werewolves Of London”, “Roland The Headless Thompson Gunner”, “Lawyers Guns and Money” and the title track, “Excitable Boy”. Warren’s wit and biting sense of irony infuse every song with doom and gloom sensibilities, the perfect rock and roll album to kick off the summer!

The Listening Party begins at 7pm with a live audio & video presentation by Chuck Vosganian aka “Rochmon”. A Rochmon Record Club Listening Party is meant to inform and deepen our understanding of the history of the individual performers, the songs and stories that went into the making this iconic album. By listening together, we hear the album again for the first time.