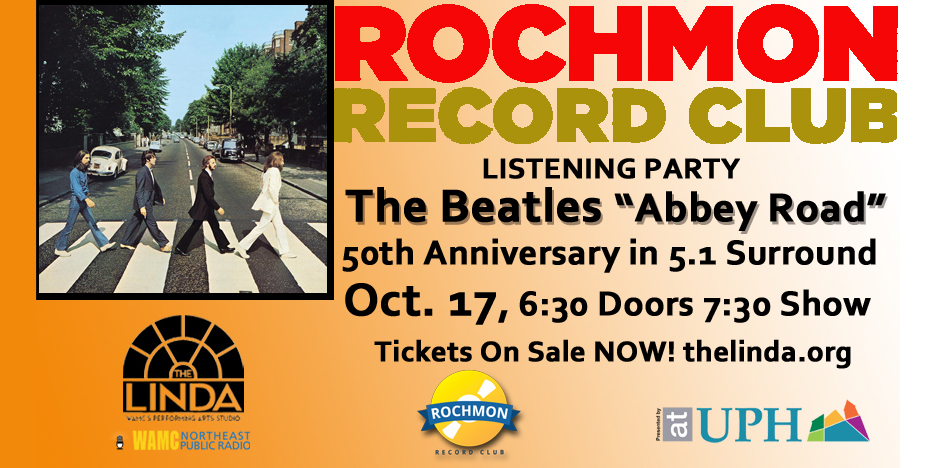 At the 50th Anniversary, with a re-release and remixed version of “Abbey Road” (by Giles Martin – George’s son) in 5.1 Surround sound we’ll listen to “”Abbey Road” as we’ve never heard it before. “Abbey Road” is the last album on which all 4 Beatles worked together with George Martin. “Abbey Road”, named after the studio in which almost all the Beatles songs were recorded, is filled with one great track after another. From “Come Together”, “Because”, “Oh Darling”, “I Want You (She’s So Heavy”) to side 2’s eight song “Medley” and the greatest love song ever written, George Harrison’s “Something”, “Abbey Road” is one of the best albums ever recorded and deserves a deep listen on The Linda’s state of the art sound system.

The Beatles “Abbey Road” Listening Party begins at 7:30 pm with a live audio & video presentation by Chuck Vosganian aka “Rochmon”. A Rochmon Record Club Listening Party is meant to inform and deepen our understanding of the history of the individual performers, songs and the stories that went into the making of this classic album. By listening together, we get to hear the music again for the first time!