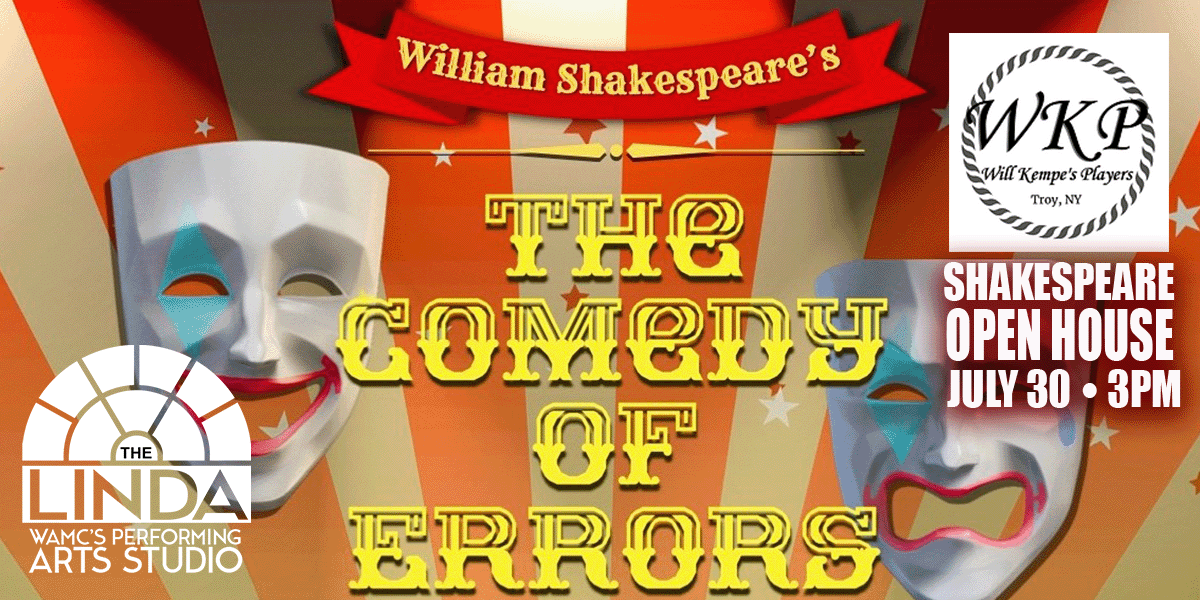 Join us free of charge for a wonderful open house of fantastic performing arts. The Linda is proud to welcome the Will Kemp Players for their 2022 Summer Season of ups and downs! This year WKP is producing two of Shakespeare’s most diametrically opposing plays: Comedy of Errors and Titus Andronicus. While these two early Shakespearean pieces appear to be on opposite ends of the dramatic spectrum, WKP chose these works because of their inextricable links: exploring the value of community and the representation of family on stage.

Comedy of Errors is a romping good time filled with unexpected role reversals, mistaken identities, and enough slapstick humor to keep audiences of all ages entertained from beginning to end. Titus Andronicus, on the other hand, is often considered Shakespeare’s bloodiest and most brutal play. Built on the structure of the classical revenge tragedy, this early Shakespearean drama explores themes of disenfranchisement and desperation, racism, and violence in many forms. Due to the mature content of the play, Titus Andronicus may be inappropriate or triggering for some audience members.

Both shows explore representations of the “other” through their staging. We remain committed to rehearsal practices we believe that Shakespeare himself might recognize. Come experience Comedy of Errors and Titus Andronicus at one of several venues about the Capitol Region from Troy’s Prospect Park to Schenectady’s Music Haven starting the second weekend in July through to the end of August.