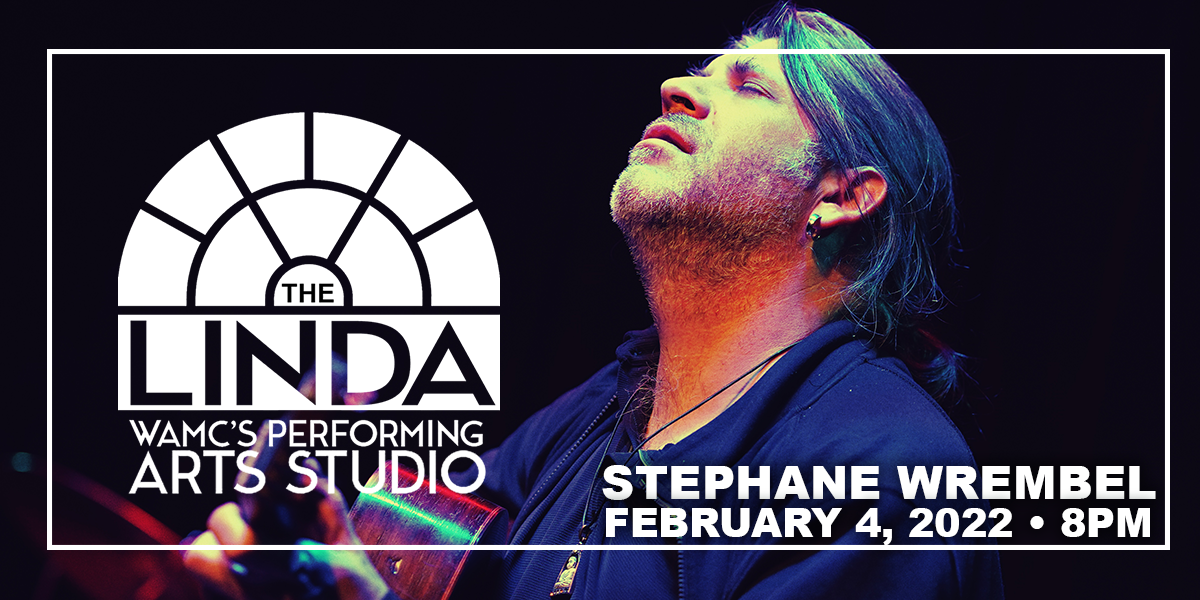 Due to circumstances beyond our control, it is necessary to postpone the October 1st show for Stephane Wrembel until February 4th.  We apologize for any inconvenience this may cause you. We hope everyone has a healthy and happy holiday season and look forward to seeing everyone in February.

Stephane Wrembel is one of the most highly regarded guitarists in the world specializing in the style of legendary composer/guitarist Django Reinhardt; he learned his craft among the Gypsies at campsites in the French countryside. He has had a remarkable career, touring the world, and releasing 16 albums under his name and the nom de plume, The Django Experiment with the most recent installment in the series, The Django Experiment VI, out now.  His original compositions have been featured in three of Woody Allen’s movies including Vicki Cristina Barcelona, Midnight in Paris (“Bistro Fada”) and the score for the yet to be released, Rifkin’s Festival.  In October of 2019, Wrembel released the highly regarded Django L’Impressionniste, featuring 17 of Reinhardt’s preludes for solo guitar, followed by a book of his transcriptions in April of 2021.  Since 2003, Wrembel has produced the Django a Gogo Festival, bringing together some of the finest musicians in the world to celebrate the Sinti guitar style to perform in prestigious venues such as Carnegie Hall and The Town Hall.