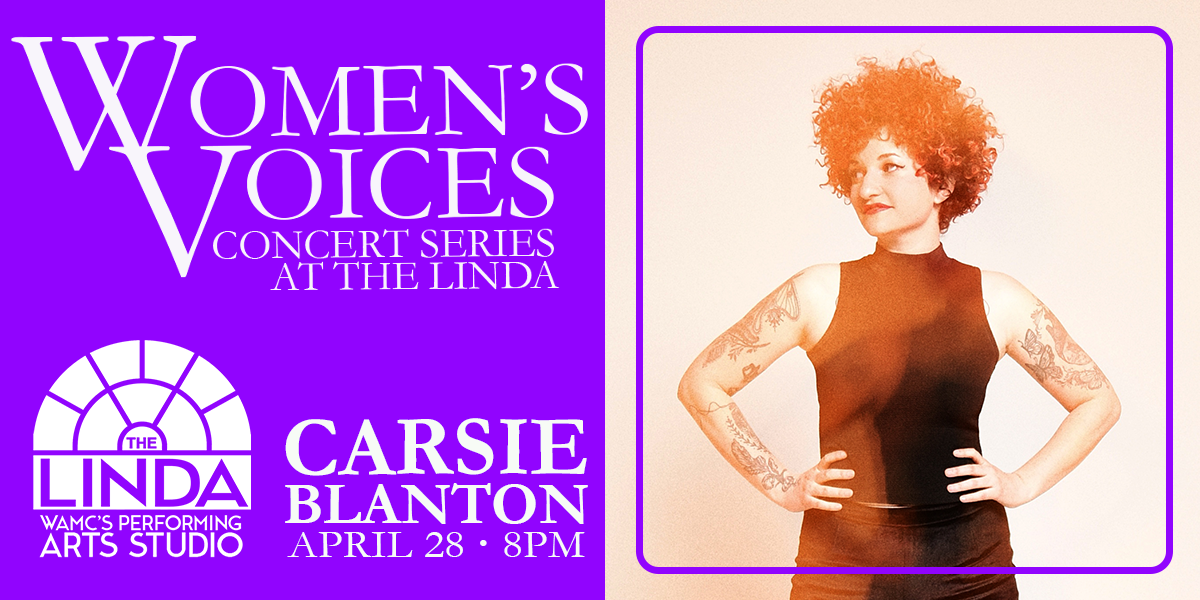 “It’s been a long, weird couple of years”, says songwriter Carsie Blanton, “between the pandemic and other disasters, every day brings a new kind of anxiety. We need to find ways to remember who we are.”

After keeping her band afloat throughout lockdown with live-streamed ‘Rent Parties’, going viral with a song memorializing John Prine (Fishin with You), and releasing a critically acclaimed mid-pandemic album (2021’s Love and Rage, “fighting fascism with big hooks and an even bigger heart” according to American Songwriter), Blanton may be the person to help us do that.

“When you spend your time watching the news or social media, people seem cruel and stupid. But I think that by a wide margin, people are good, and want to take care of each other.”

Yet Blanton’s songs are far from saccharine. She doesn’t shy from vulgarity or politics, and at a recent live performance, the audience was laughing more often than crying. Songs like Shit List and Dealin’ with the Devil lampooned neo-Nazis and Democratic Senator Joe Manchin, respectively, while others bordered on the burlesque.

Blanton and her impeccably dressed “Handsome Band” demonstrated musical acumen betraying a long tenure as live performers. Accompanied by Joe Plowman on upright bass and Patrick Firth on Wurlitzer, her songs meandered from Americana and rock to cocktail jazz, Motown, and Elvis-Costello-esque pop punk. Three-part harmonies thickened the sound of the trio, while kazoos leavened it. Blanton’s years in New Orleans could be heard not just musically, but in her flair for the macabre. (Blanton grew up in Virginia and currently resides outside of Philadelphia.)

Despite some bawdy humor and a far-left political bent that some may find unsavory, the overwhelming message of Blanton’s live show was one of compassion and humanity. Her opening song, Be Good, invites us to be more like Christ and MLK, while her encore, All My Love, was dedicated to the healthcare workers, social workers, and teachers who pulled the rest of us through the pandemic (and who are invited to attend her 2022 shows for free).

“We make music because it makes us feel better”, she said near the top of the set. “We share it because we want to make you feel better, too.”

The Linda – WAMC’s Performing Arts Studio, and WAMC Northeast Public Radio, announce the “Women’s Voices Concert Series”, celebrating and showcasing women singer-songwriters, artists and performers. The concert series will begin in February 2023 and continue through the Spring.  In addition to the headlining women for the inaugural concerts, additional support performers including women musicians, spoken word artists and event hosts will be announced in the coming weeks.