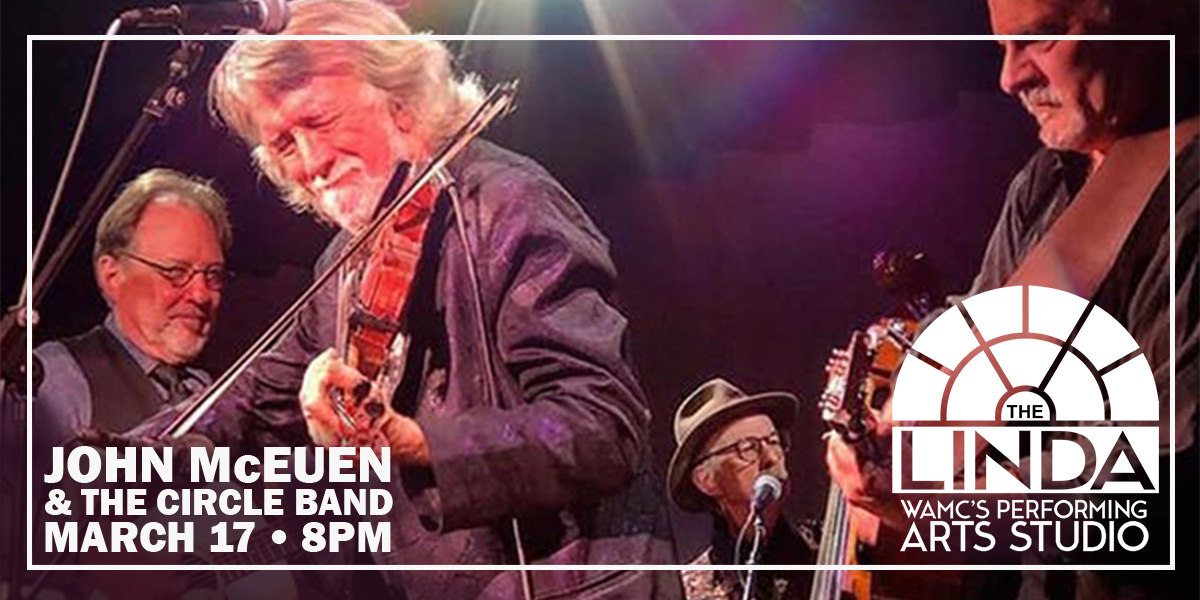 John McEuen, Nitty Gritty Dirt Band founder, returns to The Linda with The Circe Band for a career retrospective and 50th Anniversary of the “Will The Circle Be Unbroken.”

John McEuen has been a “professional performer” since 1962, working as a magician in Disneyland’s Magic Shop as a teenager. Music soon came along, which led to his long and varied career first solo, then as a founding member of the Nitty Gritty Dirt Band in 1966. Over 10,000 concerts and 300 television shows throughout more than 3 million miles – with the band and as a solo performer – John has pursued his passion for performing and recording. John left NGDB at the end of their 50th year touring to focus on the demand for his solo performing and projects. Beyond performing, he concurrenty has a rich history of creating, producing and preserving original and traditional folk and acoustic music, and taking it to new audiences.

He brings his guitar, banjo, fiddle, and mandolin along with favorite NGDB songs and the stories behind them to the stage in a manner that earned the honored Best in the West Award from the Folk Alliance Organization.

McEuen has made over 40 albums (7 solo) that have earned four platinum and five gold recognition awards, Grammy nominations, CMA and ACM awards, an Emmy nomination, IBMA record of the year award, and performed on another 25 albums as guest artist. He’s also produced another 7 albums, and 14 film scores (two Emmy nominated shows) and more than 300 concerts throughout his career – the first in 1965 in Long Beach Calif., with Bob Dylan.

His production of Steve Martin – The Crow won the 2010 Best Bluegrass Album Grammy. Prior to that, The Music of the Wild West CD- produced by McEuen, was honored with the Western Heritage Award. A Grammy nomination for String Wizards II preceded the1994 Uncle Dave Macon Award for his excellence in preservation and performance of historic music. On Sirius/XM’s The Bridge, John’s popular Acoustic Traveller show is now in its 9th year. McEuen produced and directed the 2006 documentary film The Dillards – A Night In the Ozarks, which captures his early mentors at their best.

In April of 2018 John officially became an author, with his first book The Life I’ve Picked being published (On Chicago Review Press). A memoire, a telling of incredible stories from raising 6 kids in the music business and the ins and outs of being an iconic band member to being a single father to his current full and varied career, his book takes the reader on his unusual journey.

In September of 2017 John was inducted in to the American Banjo Museum Hall of Fame.

McEuen’s countless jams include street performers to Phish, Earl Scruggs, Levon Helm… and even on Sesame Street with a herd of goats and a cow! Arguably, McEuen’s most important legacy may be his initiating what Rolling Stone called “The most important record to come out of Nashville” and what the 2004 ZAGAT survey called “the most important record in country music” – Will the Circle Be Unbroken…