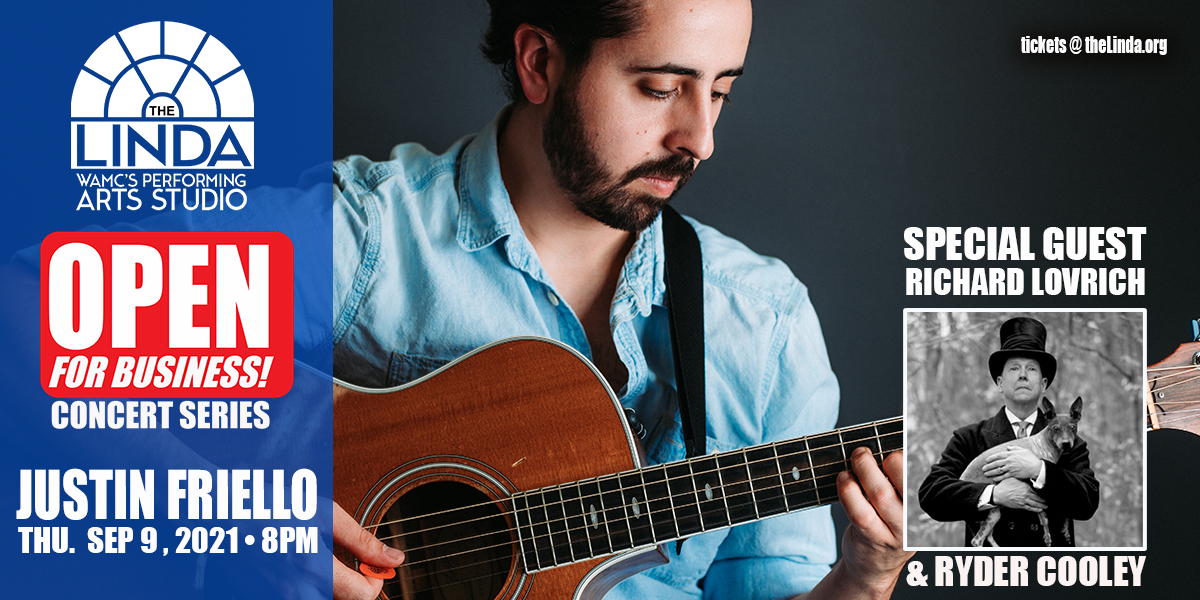 Justin Friello is a multi-genre composer and performer based in Upstate NY. For the last 16 years, he has performed all over New York State and beyond as a solo artist and with his bands, Stockade Kids and Filming Ohio. Justin’s discography includes 3 studio albums, 4 live albums, numerous singles and demos, and 10 holiday EPs, all of which feature him on numerous instruments. In 2016, Justin released “Jack & Jill”, a combination EP and short film, both of which were premiered at a concert at Proctors Theatre in Schenectady, NY, featuring a 90-minute performance with a 9-piece chamber ensemble. Justin studied Classical Composition and Music Theory at SUNY Purchase and SUNY Albany .He is also an alum of the BMI Musical Theatre Advanced Writing Workshop, where he began developing From The Fire, an original musical, with Cleo Handler. From The Fire is a two-time semi-finalist at the National Music Theatre Conference. Justin is a proud member of Actors’ Equity and has appeared in numerous mainstage and touring productions. Visit justinfriello.com for more.

About Richard Lovrich – AUTHOR – HAVE A VERY BAD DAY “I officially admit to being the author of this book. HAVBD comprised of nearly 300 dark, very short stories about unfortunate events and predominately awful people. I might have spent the same amount of time it took to write and edit this collection learning how to invest, or perhaps working a lucrative side-hustle, but no. So there you have it. My goals for HAVBD remain completely realistic. I expect that Hollywood will make a movie of each story and that Disney will create a HAVBD theme park to provide some respite for adults who are weary of fun. The world, spittle flecked with madness, finally has its book. Enjoy. Would you like to ask me why I had decided to write a book about murder, mayhem, disappointment, failure, revenge, accidents, dismemberment, misery and chaos? Would you like to ask me anything else? I am at your disposal. lovrich@haveaverybadday.com“