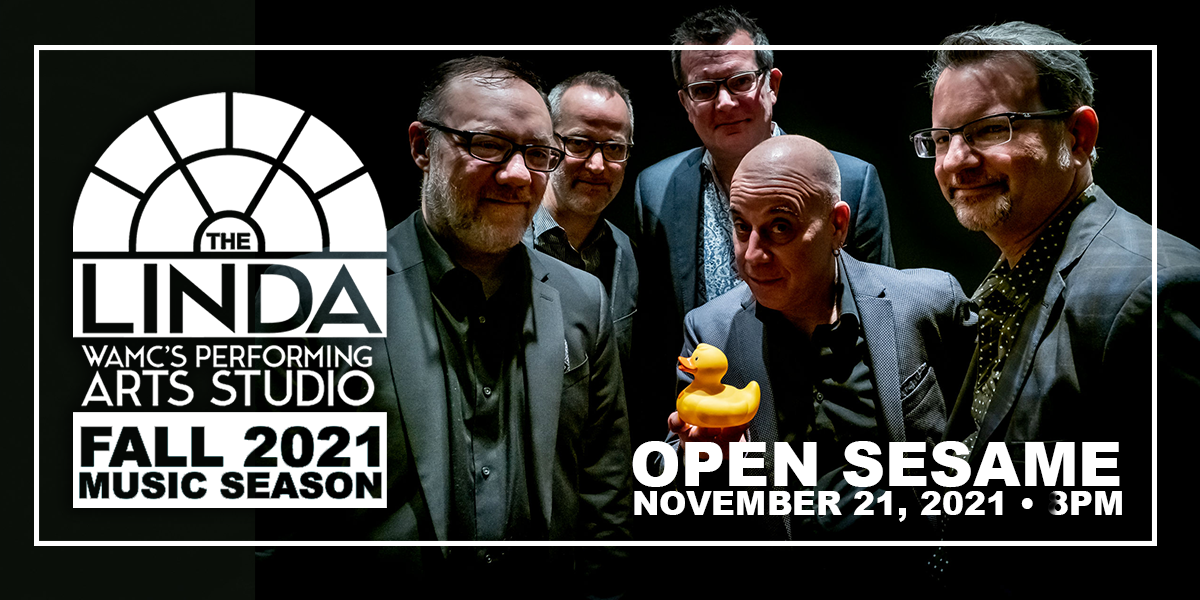 Open Sesame merges the two worlds of Joseph Fiedler, those being music director for Sesame Street—for the past twelve seasons and an internationally recognized jazz trombonist, by presenting his unique and slightly edgy arrangements of Sesame Street classics. In support of their new release, Fuzzy and Blue, the band showcases a working quartet of seasoned New York improvisers, (Jeff Lederer/Saxophones, Steven Bernstein/Trumpets, Michael Sarin/Drums and Sean Conly/Bass).

Also, Fielder will present an inside multi-media look with Q&A of just how the musical direction for the beloved children’s educational program comes together. Open Sesame’s debut recording was released in February 2019 to great acclaim. Popmatters said, “(Fiedler is) a great jazz musician who blends the sober and the spectacular working with music from one of the most important cultural launching pads this country has created. Jazz and Sesame Street? Yes. Open wide” and the New York City Jazz Record recently named Open Sesame to their “Best of 2019” list.

This tour/performance/show/event is made possible with the support of Jazz Road, a national initiative of South Arts, which is funded by the Doris Duke Charitable Foundation with additional support from The Andrew W. Mellon Foundation.