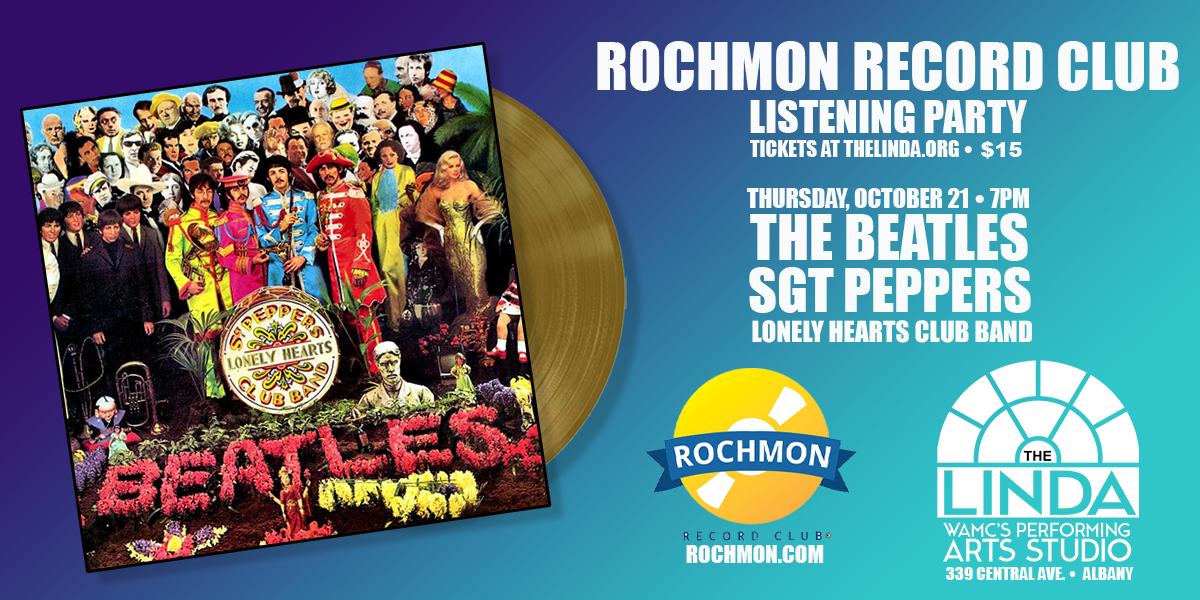 The Rochmon Record Club will converge to listen and learn about The Beatles 1967 album, “Sgt. Pepper’s Lonely Hearts Club Band.”

Released over 54 years ago in May, 1967, “Sgt. Pepper’s Lonely Hearts Club Band” continues to be a vital and influential album. The Beatles, with 13 classic songs, changed how we made, listened to, and saw music in our daily lives. The Listening Party begins at 7pm with a live audio & video presentation by Chuck Vosganian aka “Rochmon”. We’ll listen to the 2017 reissue of “Sgt. Pepper’s Lonely Hearts Club Band” on The Linda’s state of the art sound system. A Rochmon Record Club Listening Party is meant to inform and deepen our understanding of the history of the individual performers, the songs and the stories that went into the making this iconic album. By listening together, we hear the album again for the first time.

The Rochmon Record Club is held on The 3rd Thursday of the month at The Linda, WAMC’s Performing Arts Studio in Albany. Programming varies