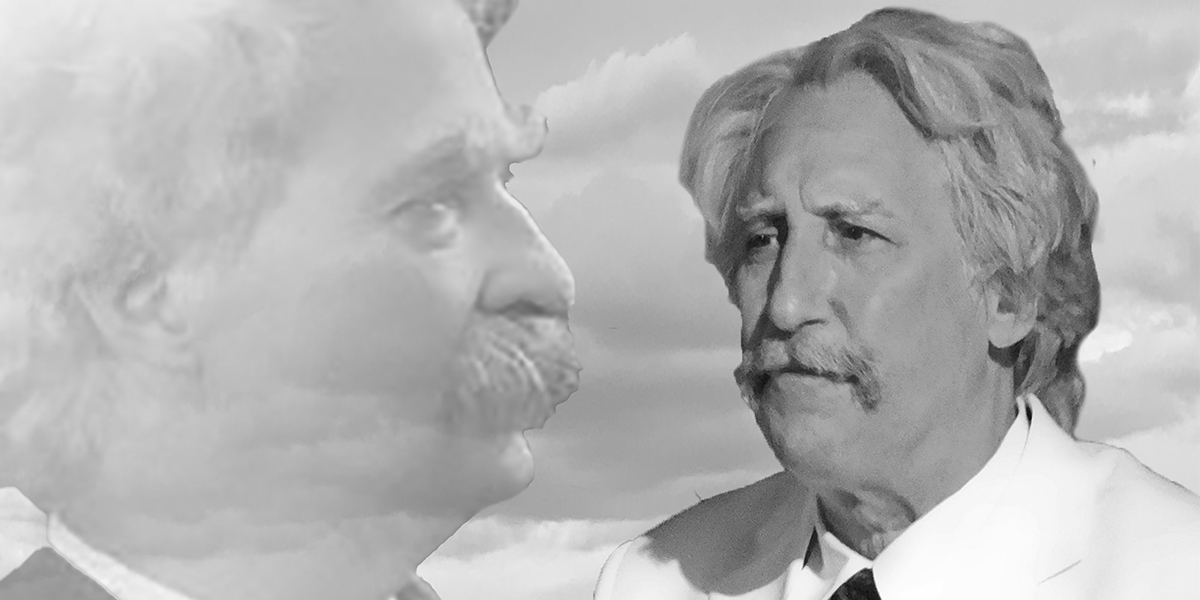 This new and contemporary one-man show written and performed by Joe Baer tells the story of Samuel Clemens’s life, a tale that takes the audience on a journey that reflects how life and narrative become one.

The play unfolds with Clemens’s rough childhood, broadens with his adventures as a steamboat pilot on the Mississippi, his western escape from the Civil War, and expands in his success as Mark Twain, writer, and lecturer. The performance concludes with reflections on the ebbs and flows in life that bring the story full circle.

This 1 hour 40-minute production has one intermission with the character of Samuel Clemens played by writer/performer Joe Baer. It is told in the context of the nearly eight decades in which Clemens lived. The performance is peppered throughout with passages and numerous snappers culled from Mark Twain’s many humorous works in front of a backdrop of historical visual projections. Act 2 includes condensed passages from Clemens’s masterwork, Adventures of Huckleberry Finn.
Make your plans to get back in the theater to enjoy Samuel Clemens: Tales of Mark Twain. If you enjoy history and story-telling with a satirical twist, you won’t want to miss this new solo show.

Visit www.BaerhandsTheater.com for more information about the show.