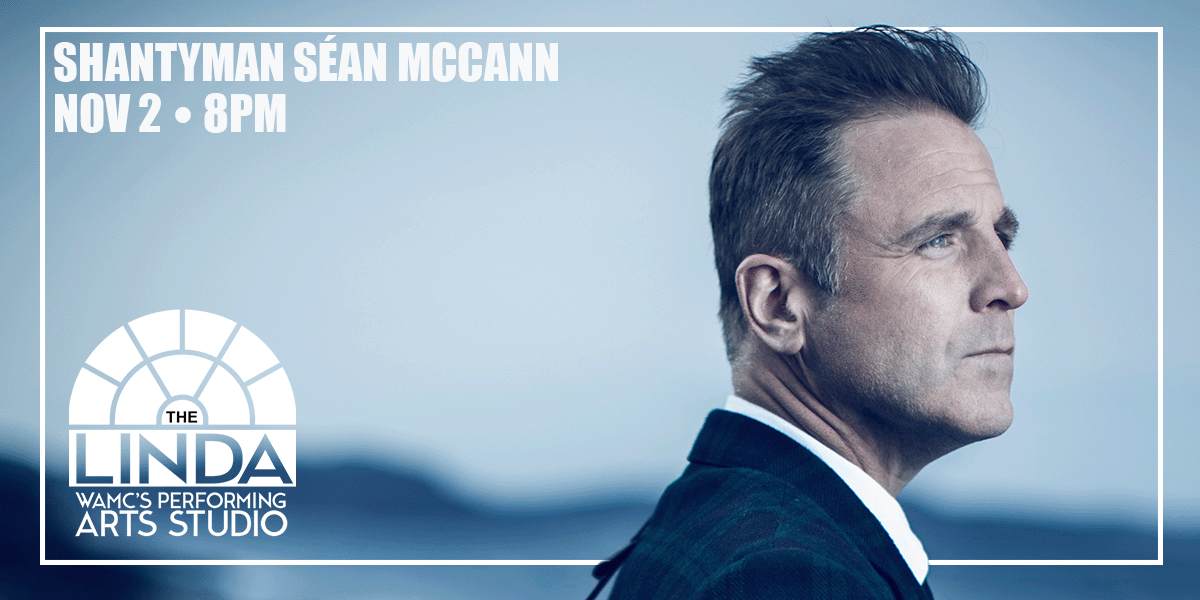 “A song is never more powerful than when it is sung with a friend,” and in Séan McCann’s musical world the old and the new have always thrived together, side by side in the same tasty stew. The rhythms of celtic bodhráns and tin whistles existed in harmony with synths and drum machines in his curious musical mind. “Growing up in the 1980s in outport Newfoundland, I was influenced as much by traditional sea shanties as I was by the new wave videos I watched on that upstart, new Much Music TV station,” recalls McCann. “My mix tapes comfortably included The Chieftains and Men at Work on side A and The Police and The Pogues on side B.”

“Stay calm and shanty on.”

A lot has happened in the almost 10 years since Séan McCann exited the Canadian folk rock arena filling GREAT BIG SEA he co-founded in 1993. He’s released five successful solo albums touching on a range of subjects from Canadian life and culture to spotlighting national hardships like the infamous 2016 wildfires that devastated Fort McMurray, Alberta, in which he partnered with the Canadian Red Cross. A philanthropist as much as he is an artist, McCann also organized a songwriters’ benefit in 2017 in support of veterans suffering with PTSD and addiction. In recognition of these efforts and his other advocacy work for people living with mental health and addiction issues, McCann earned the Order of Canada in 2020.

McCann’s own battle with overcoming alcohol addiction, coming clean and owning his truth has been key to his growth as a husband, a father, a musician, and a human. Armed with the strength and support of his wife, Andrea Aragon, McCann co-penned his first book One Good Reason (April, 2020). “It’s the story of how love saved their marriage, and music saved his life. It is the story of a man freed from the weight of a lie; a man who is changing his narrative and never forgetting… that he is not alone.”

McCann has shared his powerful and inspiring personal story and songs with audiences all across North America over the past decade as a solo performer and musical keynote speaker. As the concert trail is opening up again as pandemic restrictions loosen, McCann continues to do what loves best, write and perform songs and share stories accompanied by his best friend “Old Brown” – the first guitar he purchased back in 1989.

These days, the only “wave” most of us care to hear about is the kind that lands on a sandy shore or carries a boat safely to its destination. McCann’s sixth solo album, SHANTYMAN, proves that a 200-year-old, traditional sea shanty and a modern, new wave pop song can really be just a whistle apart stylistically. Infectious (in a good way) sing-alongs from an album brimming with them, SHANTYMAN honours both the recent and the ancient musical past by blending two of McCann’s favourite genres in foot stompers guaranteed to lift spirits after the many months we’ve all spent largely in lonely isolation.

With McCann’s wide range of influences at play, SHANTYMAN is a great example of a comfortable dichotomy of both style and story. Though many of the old sailor songs are about loneliness and longing, McCann conveys them in such a rousing, joyful manner we all want to catch the same friendly wave and sail along together with him towards brighter shores. SHANTYMAN is the sound of freedom and release belted out by a voice strengthened by the weathering of many personal storms.

“Music is strong Medicine” is the mantra by which McCann measures his own successful recovery (now 10 years sober). “It has the power to heal the hurt and unite the divided and we ALL need that now more than ever”

SHANTYMAN is available EXCLUSIVELY at WWW.SEANMCCANNSINGS.COM