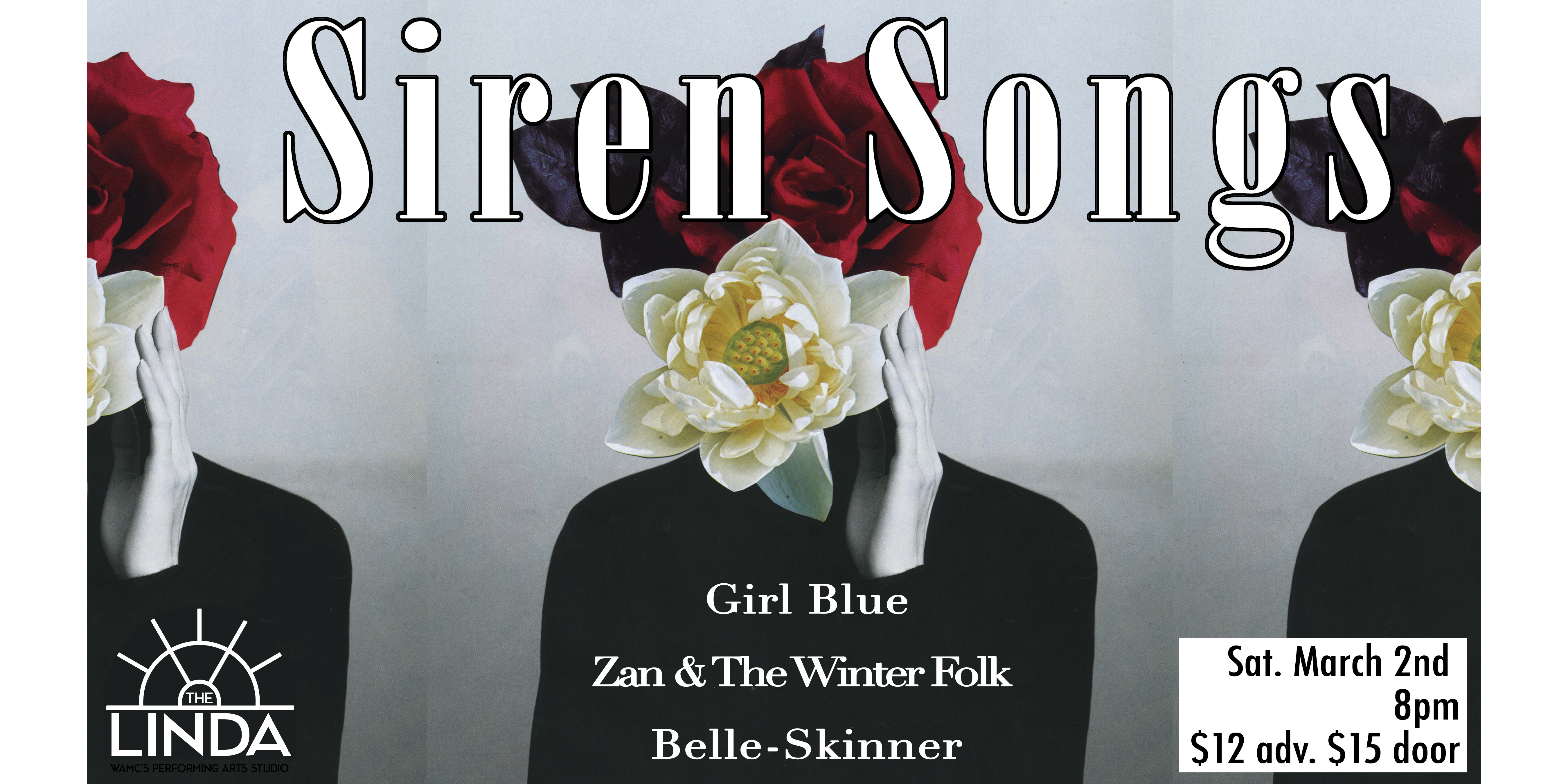 “Girl Blue is the moniker of singer-songwriter/producer Arielle O’Keefe. Compared often to the likes of Laura Marling, Bonnie Raitt, Carole King and Jeff Buckley, she is a powerhouse vocalist with the rare ability to write songs that catch the ear and touch the heart. Girl Blue’s first single, “Fire Under Water” was released completely independently, and was immediately recognized by Spotify on their “New Music Friday” playlist. It has since been featured in Visit Las Vegas’ viral commercial “Now and Then”, and sits comfortably at over 2.5 million streams on Spotify alone. Spotify embraced Girl Blue once again with the release of her cover of Fleetwood Mac’s hit song “Dreams”, giving her another spot on “New Music Friday”. O’Keefe is a rare and genuine talent, most especially shining as a live performer, where she has the unique ability to silence a room with just her voice and a guitar. She continues to tour regularly and record her own music independently, planning a full length album for release in 2019.”

Troy, New York-based artist Zan Strumfeld has carved her own little niche of winter folk—anthems for the revivalists, lullabies for the lonely, ballads for the hopeful. With a soulful and seductive vulnerability, Zan’s songs of love and heartbreak are complemented by the indie folk/bluegrass sound of her band. In 2018, Zan and The Winter Folk were named Best Folk Band by The Alt—in their first year as a band. They have opened for acts including grammy-nominated Robbie Fulks, Sean Rowe, Ben Caplan, and The National Reserve. Your Girl No More, their debut EP, was released in fall 2018.

“Strumfeld sings with the understated vulnerability of Laura Marling and the lighthearted soul of Lake Street Dive’s Rachael Price. When combined with the homespun nature of the music, it adds up to a batch of folk songs steeped in every day relate-ability.” -BuffaBlog

“She’s got one of those voices that would sound appealing just reciting reading the phone book, but (naturally enough) sounded even better delivering her original songs of love and heartbreak.” Nippertown

Belle-Skinner aka Maria Brosgol is a singer-songwriter, guitarist, and producer based in upstate New York and Brooklyn. With a hauntingly beautiful, lilting soprano and innate sense of melody she crafts tales of songbirds, sirens and desert nomads – nuanced and layered stories which bridge the gap between past and present. Though her influences cover a broad range of genres – from French chansons and Russian folk to contemporary alt-pop and rock – her voice often draws comparisons to the likes of Joni Mitchell, Jeff Buckley, and Angel Olsen.

Opening for acts such as Saint Saviour, Bill Ryder-Jones, Joy Ike, Sean Rowe, Mitski, Novelty Daughter, Winterpills, and Heather Maloney, she has performed at venerated venues like The Linda, Rocky Mountain Folks Festival, and the Roundhouse Theatre in London. In 2015 she was a finalist at the Telluride Troubadour Competition; a showcasing songwriter on the main-stage at Rocky Mountain Folks Festival in Lyons, CO; a semi-finalist in The 2015 Great American Songwriting Contest; a finalist in July 2016’s SolarFest Songwriter Showcase; a showcasing artist at August 2016’s MusikFest, the country’s largest free music festival; and a performer at Brooklyn’s famous Northside Festival in 2017 and 2018. In 2013 she was awarded a Maguire Fellowship to study music production in London, where she recorded her first EP, titled Operator. Her self-produced record, titled We Shut Our Eyes, was released in November 2016. She is currently working on her third record and debut album.

“A hidden treasure…Belle-Skinner reflects the deepest flaws and the greatest beauties of human nature within her music, which is both charming and chilling, and a simple joy to listen to.” –The Wild Honey Pie

“…a captivating songstress, her clear-as-a-bell voice acting as a theatrical narrator for the ethereal tales she weaves, accompanied by mesmerizing melody.” –BuzzArtist