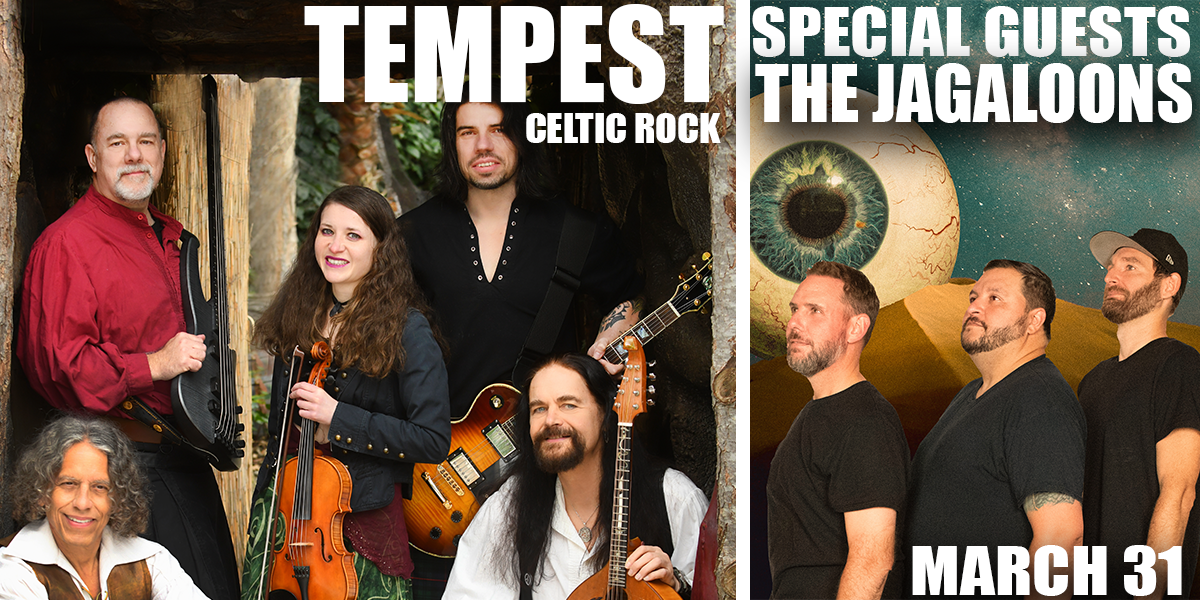 Hailing from Oslo, Norway, founding member and lead singer/electric mandolinist, Lief Sorbye, is recognized as a driving force in the modern folk-rock movement. He started Tempest after years of touring and recording on the folk circuit. Newcomer, San Francisco native fiddler Lee Corbie-Wells, comes to the band with a special passion for Celtic and Scandinavian music and Gaelic language traditions. A touring and performing child of a musical family, she plays fiery traditional fiddle tunes, and is also known to keep a bit of Blues and folk improvisation up her sleeve. And straight from Bologna, Italy, we welcome the big, rich bass playing talent of Mirco Melone. Mirco has a diverse background in rock, jazz and ethnic music, and holds an advanced degree from Italy’s Classical Music Conservatory. The latest addition to the band, Nikolay Georgiev, studied modern rock guitar under Martin Goulding at the Guitar Institute of Technology in London, U.K. and classical guitar performance in his native Bulgaria. He also attended Musicians Institute in Hollywood, CA, while remaining active in a number of bands. Nikolay brings a fresh and global flavor to Tempest’s brand of Rock-driven World Music! Cuban-born drummer Adolfo Lazo, an original Tempest member, thickens the band’s sound with inventive rhythms, and rock-steady drumming.

Signed to Sony-distributed Magna Carta Records, Tempest’s releases are acclaimed worldwide. Their latest studio CD, ‘Thirty Little Turns’ is a collection of inspired new original and traditional material — with a cheeky surprise or two. During the extended, pandemic break from touring and performing in 2020 Tempest has remained busy, releasing two limited edition CDs; ‘Live on the Air’ the Radio Sessions 1992 – 2018, and ‘Live From SoundTek Studios,’ The Lockdown Sessions.

Tempest is regularly featured at prestigious festivals such as The Philadelphia Folk Festival, and has also appeared at Denmark’s Skagen Festival, Britain’s Cropredy Festival and The Winnipeg Folk Festival in Canada. The band is a mainstay at countless American Celtic festivals, as well.

Hailing from Albany NY, The Jagaloons play guitar-driven, reverb-drenched, all-instrumental rock and roll. This quartet takes the surf music sound of the 1960s and adds modern and eclectic influences, creating a sound all of their own.

After releasing a couple of EPs themselves, the Jagaloons signed on with UK-based Sharawaji Records for their 2019 debut album “Ruin The Party”. The album has been very well received and has been featured on numerous radio stations across the globe. “Ruin the Party” was recently named #37 on the list of the top surf records on the 2010’s by stormsurgeofreverb.com.