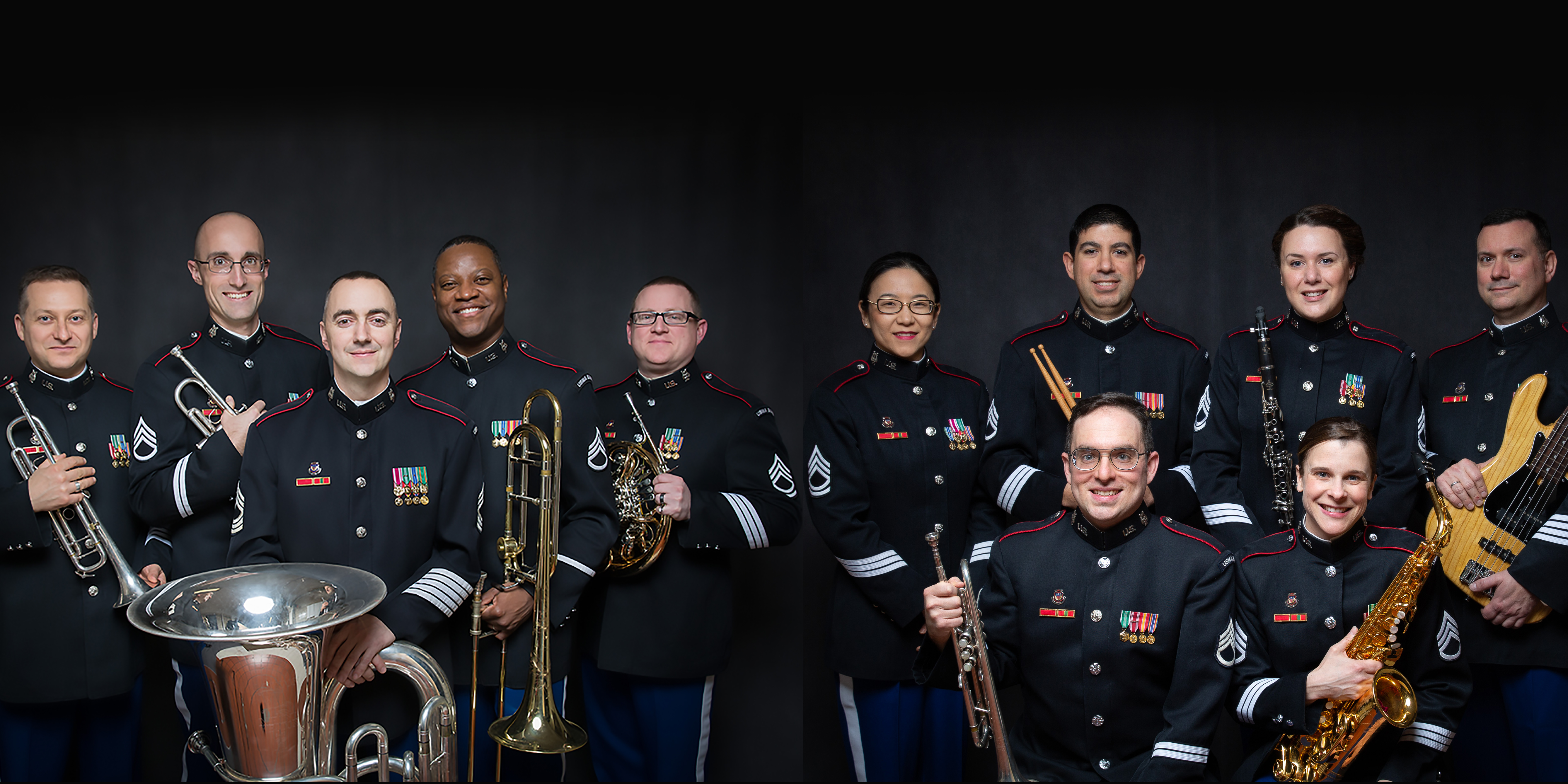 The West Point Band is the Army’s oldest active duty band, founded on the beautiful and historic grounds of the United States Military Academy in 1817. The band traces its lineage to fifers and drummers who were part of Continental Army units at West Point during the time of the American Revolution. Officially established on June 8, 1817, the West Point Band recently celebrated its bicentennial. Although many changes have occurred over the years, music continues to be an essential aspect of daily life for the cadets and Soldiers at the Academy. Today, the band continues to inspire and motivate the next generation of the Army’s leaders, as well as serving as musical ambassadors for the Army to the nation.

The West Point Band’s Quintette 7 selected its name as a witty homage to composer Raymond Scott, incorporating elements of two of his performing ensembles’ names (The Raymond Scott Quintette and The Secret 7). The group, a mixed sextet of three rhythm players and three horns, is comprised of members of the West Point Concert Band.

Quintette 7 convened in the fall of 2008 for what would have been a one-time performance of the quintet music of Scott. In review of this concert, Scott’s archives director Irwin Chusid remarked that, “Quintette 7 performs Raymond Scott quintet classics with a restrained passion befitting the elegance of the compositions… There’s no attempt to overwhelm or overplay; they let the works breathe. Scott created the notes; Quintette 7 provides the sparkle.”

Encouraged by the success of this first performance, Quintette 7 established itself as an official performing ensemble and continues to delight audiences with its unique repertoire today. Much of the group’s current repertoire was arranged specifically for this unusual instrumentation by members of the West Point Band.

As this dynamic ensemble has developed over the years, Quintette 7 has been featured on many interesting programs, including Musicians@Google in New York City, the Fox Network broadcast of the West Point Holiday Show, and the annual Trophy Point concert series for the beloved concert “Kid’s Night with Quintette 7.”

Members of Quintette 7 come from varied musical backgrounds, having worked with many orchestras, wind ensembles, popular musicians, and chamber ensembles throughout the country.

Quintette 7 is proud to serve the United States Army as one of the chamber ensembles of the West Point Band, presenting educational and entertaining performances of popular and lesser-known repertoire to appreciative audiences.

The West Point Brass Quintet is the ceremonial brass quintet for the West Point Band. The quintet provides support for West Point ceremonies as well as other outreach events throughout the greater New York City area.