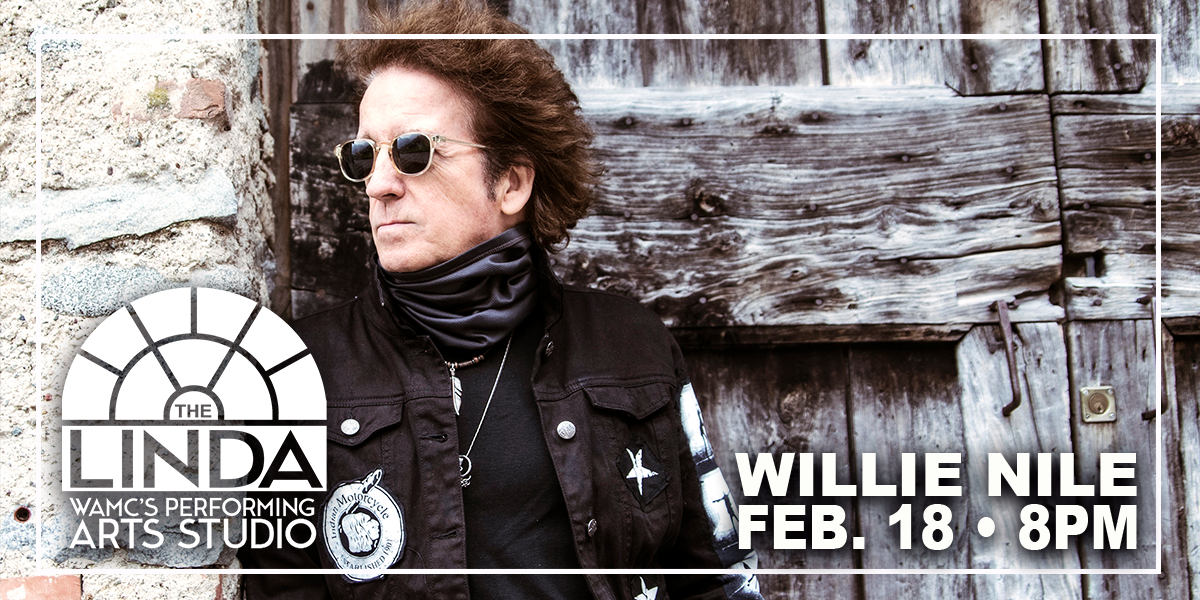 The New York Times called Buffalo, NY born Willie Nile “one of the most gifted singer-songwriters to emerge from the New York scene in years.” Uncut Magazine called him “A one-man Clash.” His album Streets Of New York was hailed as “a platter for the ages” by Uncut. Rolling Stone listed The Innocent Ones as one of the “Top Ten Best Under-The-Radar Albums of 2011” and BBC Radio called it “THE rock ‘n’ roll album of the year.” His single from that album, “One Guitar,” was the “Top Pick of the Week” in USA Today.

Willie has toured across the U.S. with The Who and has sung with Bruce Springsteen and The E Street Band. As the induction program from the Buffalo Music Hall of Fame says: “His live performances are legendary.” His 2020 album New York At Night got rave reviews, with Downbeat calling it a “sonic love letter to Gotham.”

His new studio album The Day The Earth Stood Still  features a duet with Steve Earle on the song “Blood On Your Hands.”  While many of us have struggled to salvage a sense of purpose from a year’s worth of isolation, Willie tapped into his own lockdown experience as a source of inspiration for the set of haunting new songs that comprise his emotion-charged new album. Although the singer-songwriter borrowed its title from the beloved 1951 science fiction movie classic, the album was inspired by the sight of Nile’s beloved hometown temporarily turned into a desolate ghost town.

“A man who embodies the true spirit of rock n’ roll.” – London Times