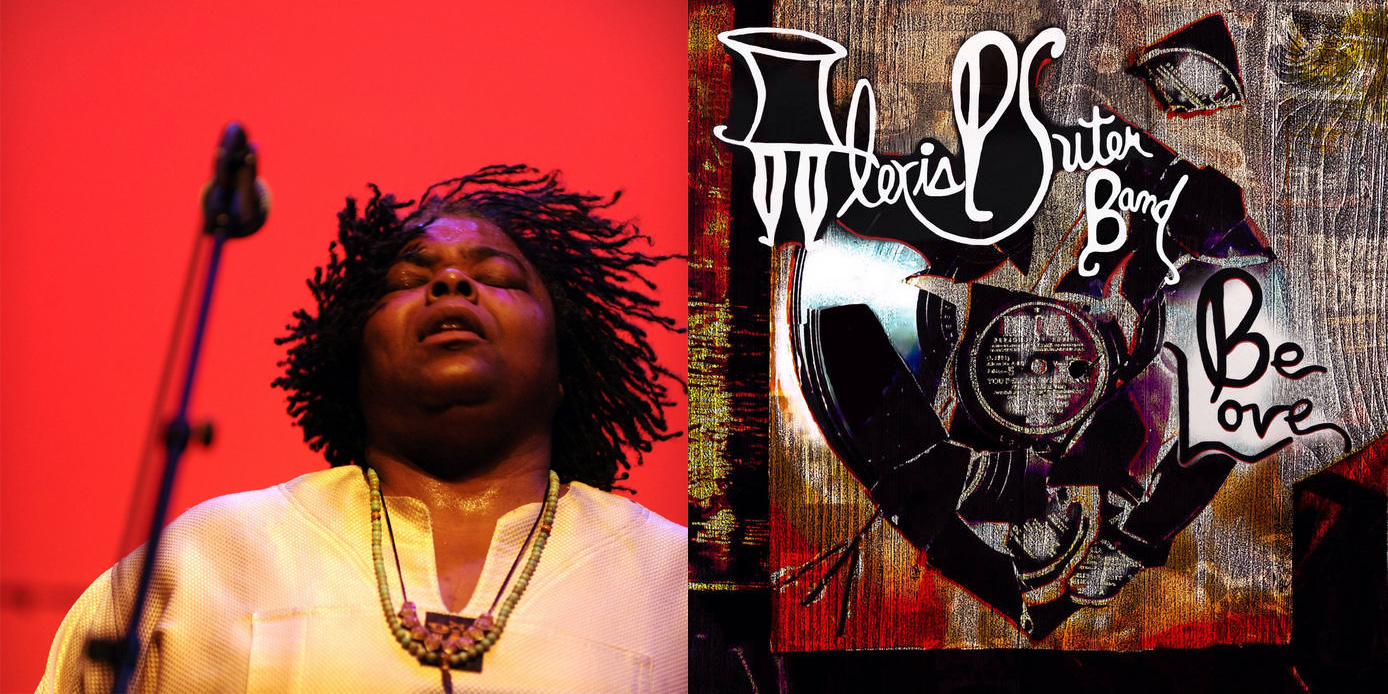 Alexis P Suter and her band are coming back to The Linda Friday September 20th at 8 pm.

When the great Bluesman B.B. King first heard Alexis P Suter sing, he was visibly impressed and said so after her opening set for him at BB Kings in NYC. Shaking his head in wonder, in his characteristic way, he remarked, “…It’s a rare thing to share the stage with great talent like that young lady.” Alexis has earned similar honors from other well-known musicians and performers including Dan Aykroyd and Levon Helm of The Band.

Alexis P. Suter is the owner of that big, booming voice you can hear roaring out of Brooklyn into the heart of North America and beyond. Alexis P. and her band are on the rise as accolades pour in and they continue to captivate audiences from town to town. Miss Suter and her powerful and unique ensemble artfully blend the lines between Blues, Soul, Roots and Rock music. Alexis’ voice ranges from a pained passion to explosive and soul bearing. Her newest album, Be Love, hit the streets on March 18th. Suter’s 9th album, Be Love, and the accolades in both the Blues and the Americana/Roots communities are pouring in.

WHAT THEY HAVE SAID

“She is one of those wonderful spirits, she’s got her arms around you; You can feel that”

“All For Loving You is a rock-solid production from beginning to end and a worthy addition to your collection if your tastes run to contemporary blues, and Alexis’ seemingly rough-hewn vocals are as sweet as they are strong.”

“Whether you want to dance or need an infusion of raw powerful music, this disc will more than satisfy.”

“All Over Again”, from Suter’s fourth album Two Sides, may be the most exuberant example of the way she applies defibrillator paddles to vernacular music.“

“I honestly have never heard any female artist who sounds just like Suter and that is why you need to discover her for yourself as soon as you can!”

​Award-Winning Blues/Rock/Reggae Artist/Musician Jimy Graham musical journey has brought him full circle. As a boy growing up in New York, he was heavily influenced by the Motown sound and Carribean beats, and by age 8 he picked up a guitar and started to undergo his experience…

As a teenager, his daily practice was overheard by a neighborhood musician that was working with Wilson Pickett and he encouraged Graham to audition for Pickett’s band. That audition resulted in his first professional job, occupying the same space in Pickett’s band filled earlier by venerated guitar God Jimi Hendrix.

Another parallel with the life of Hendrix occurred years later, when Graham portrayed him in the production of “Morrison: A Rock Opera” at the Hollywood Palace.On the west coast, Graham performed and recorded with Los Angeles Based reggae band Babylon Warriors and opened for UB40 with Reggae Superstar Pablo Moses.

After an extensive tour to Zimbabwe Africa With Reggae Superstar Don Carlos From The Legendary Black Uhuru, Graham returned to New York, where he was in demand for studio sessions with Peter Tosh, Dennis Brown, Grace Jones and Sly and Robbie. His live performances include an impressive array of artists from every genre imaginable including Chuck Berry, Janet Jackson, and Maxi Priest.

While in Asia, his spectacular performances at the world famous Japan’s Budokan with Japan pop icons TRF garnered critical acclaim. His infectious blues/rock/reggae style packed houses during his artist residences at Shanghai’s Piccone Club, Hong Kong’s Rock school, The Roomful of Blues in Singapore and both The Hard Rock Cafe and The Roadhouse in Macau, China. Throughout his stay in Japan, Graham taught at The Tokyo School of Music and ESP Guitar Music Institute.

Inevitably his homesickness for his native Jamaica set in and he returned there to sell out nights at Kingston’s trendy Red Bones Blues Cafe. While working on projects for Kingston based artists like Jack Radics with gold record (Jimmy Cliff) producer, Paul Henton, word got around to the producers of Jamaica’s Jazz and Blues Festival. Graham was invited to perform on the main stage at the 15th Anniversary of the festival in 2011. His performance electrified the crowd with a set that included a medley of the National Anthem of Jamaica with the Star Spangled Banner played with his teeth.