An Evening with Richard Shindell 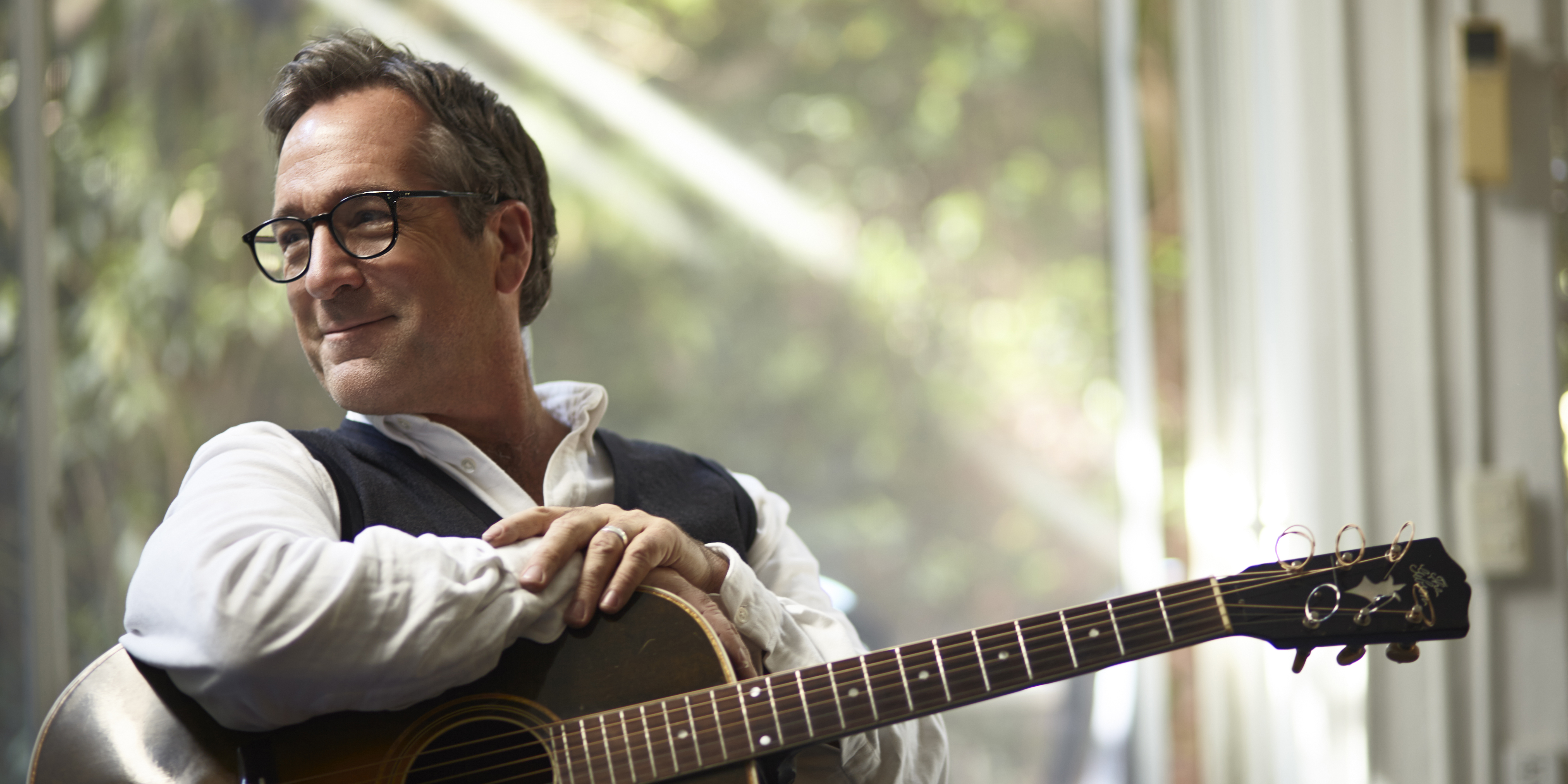 Originally from New York, now dividing his time between Buenos Aires, Argentina and New York’s Hudson Valley, Richard Shindell is a writer whose songs paint pictures, tell stories, juxtapose ideas and images, inhabit characters, vividly evoking entire worlds along the way and expanding our sense of just what it is a song may be. From his first record, Sparrow’s Point (1992) to his current release, Careless (September 2016), Shindell has explored the possibilities offered by this most elastic and variable of cultural confections: the song.

The path that led him to songwriting was both circuitous and direct. Taking up the guitar at the age of eight, he listened but imagined that composing a song was out of the question.

After college and a nine month stint in a Zen Buddhist community in Upstate New York, he headed to Europe with his guitar, finding something not approaching a livelihood performing in the Paris Metro, where he discovered “I loved the acoustics in those tunnels, but only when they were empty.”

Upon running out of money he entered Union Theological Seminary, where the celestial acoustics of the chapel inspired his first “keeper” composition: On a Sea of Fleur de Lis. Ostensibly a paean to the Virgin Mary, the song marked his rupture from the church and the beginning of his creative life. Its underlying themes – immanence and transcendence, human love and divine love, the particular and the general – have continued to resonate through subsequent work, right up to the present. In many ways, his new album Careless, represents a further exploration of those ideas.

Joining the songwriter scene in New York City led to a deal with Shanachie Records for Shindell’s first three albums: Sparrows Point (1992), Blue Divide (1994), and Reunion Hill (1997). The latter, produced by multi-instrumentalist Larry Campbell, won the AFIM (NAIRD) award for “Best Contemporary Folk Album” in 1998. Its title track was covered by Joan Baez on her 1997 release, Gone From Danger. In 1998, Shindell joined forces with his friends Dar Williams and Lucy Kaplansky to make CryCryCry (Razor and Tie), a collection of covers. The group toured in support of this highly acclaimed album, leaving audiences spellbound by their gorgeous three-part harmonies.

By then Shindell was beginning to stretch out as a harmony singer, guitarist and performer. In 1999, Shindell released a live band album, Courier (Signature Sounds) that remains a fan favorite. The year 2000 brought the release of a new collection of originals, Somewhere Near Paterson (Signature Sounds), produced by Campbell. That year also saw a major life-change: with his Argentine wife and their two small children, Shindell moved to Buenos Aires, Argentina. Taking a few years to get acclimated and learn the language, in 2004 he followed up with Vuelta (Koch Records), joining with Argentine band Puente Celeste. The decade’s next release was a collection of covers, South of Delia (2007), Shindell’s first foray into production. More than simply a cover record, the song-selections and performances of South of Delia were that of an expatriate looking back at the country and culture he moved away from. His next collection of original songs, Not Far Now, was released by Signature Sounds in 2009. For 13 Songs You May or May Not Have Heard Before, which The Telegraph (UK) called “a stunningly good record”, Shindell revisited some of his earlier material, giving fresh interpretations to old favourites.

In 2015 he joined forces again with Lucy Kaplansky to record another collection of covers, Tomorrow You’re Going (Signature Sounds), also produced by Larry Campbell. Consisting mostly of love songs, or love lost songs, it provided Shindell and Kaplansky an occasion to revel in their distinctive, two-part harmony with the backing of a top-notch band (Byron Isaacs, Dennis McDermott, Bill Payne, and Campbell) – all thanks to the participation of a committed community of fans who financed the project via the crowdfunding platform Kickstarter. The campaign more than doubled its funding goal in less than 48 hours.

Shindell continues to tour nationally in the United States, with the occasional forays into Canada, the UK, and Europe. Although known primarily as songwriter, Shindell takes a more holistic view of his career. Producer, writer, singer, guitarist, interpreter: it all adds up to a life in music.