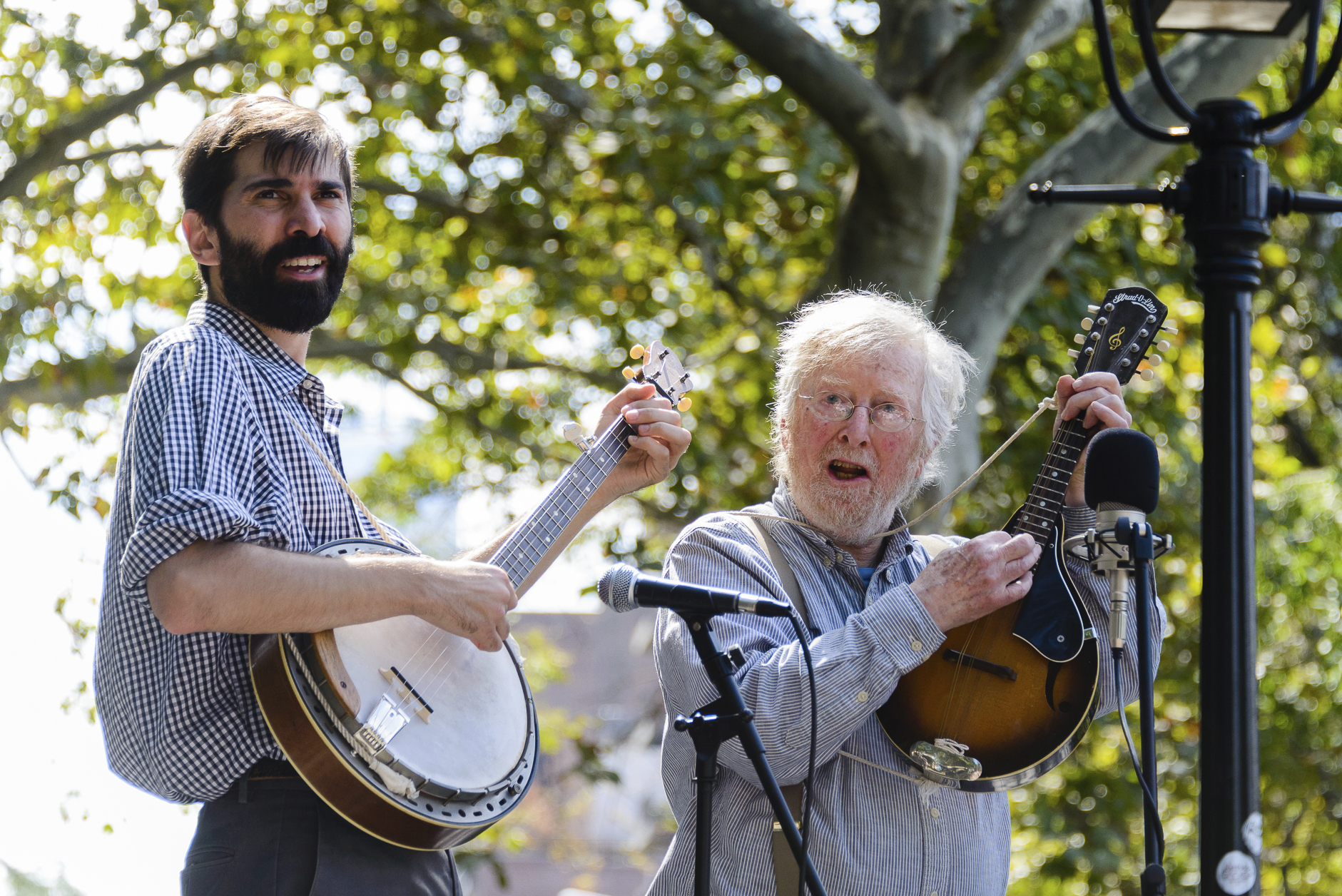 Due to the passing of John Cohen we have cancelled this event.

John Cohen (New Lost City Ramblers) and Eli Smith (Dust Busters, Down Hill Strugglers) share an admiration for old time music. They play authentic American folk music with that time-honored quality that is lost in today’s music scene. John, now 86, got involved with old time music in 1948 when he heard re-issues of 1920s string band recordings. Perhaps more than anybody, he and his collaborator Mike Seeger were responsible for promoting and preserving obscure rural Appalachian folk music during the middle 20th century. Eli carries on this work, stirring up a modern-day folk revival.