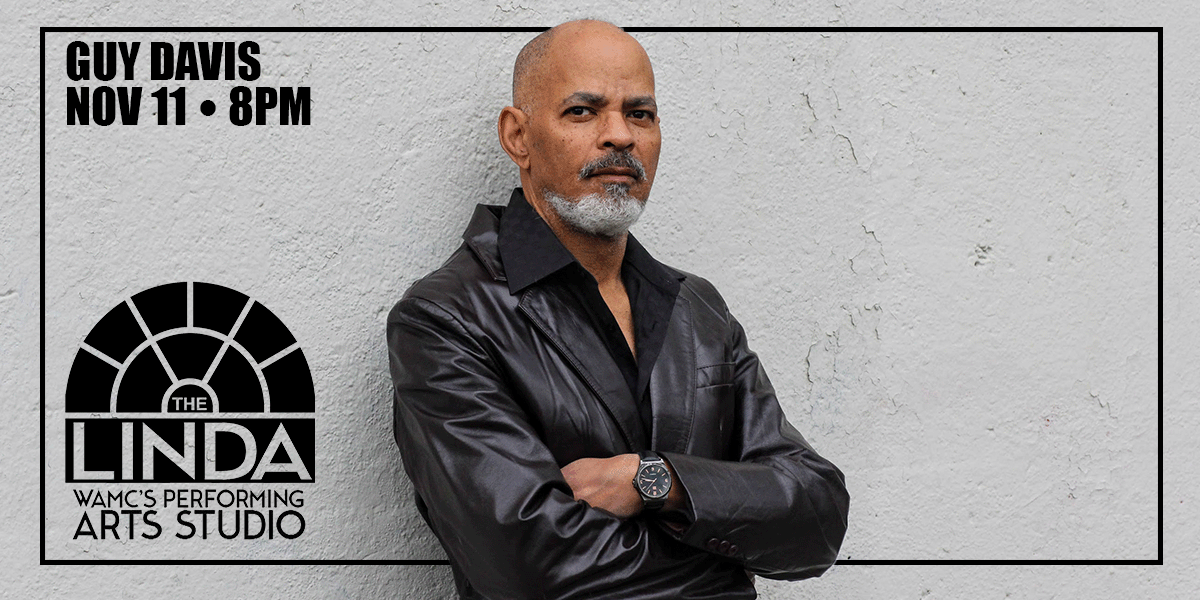 Guy Davis once said, “I like antiques and old things, old places, that still have the dust of those who’ve gone before us lying upon them.” Blowing that dust off just enough to see its beauty is something Guy has excelled at for over twenty years of songwriting and performing. It’s no wonder his reverence for the music of the Blues Masters who’ve gone before him has been evident in every album he’s ever recorded or concert he’s given.

Guy has had his musical storytelling influenced by artists like Blind Willie McTell and Big Bill Broonzy, and his musicality from artists as diverse as Lightnin’ Hopkins and Babatunde Olatunji. However, there’s one man that Guy most credits for his harmonica techniques, by stealing and crediting from him everything that he could, and that man is the legendary Sonny Terry.

Guy’s new album, “Sonny & Brownie’s Last Train – A Look Back at Brownie McGhee and Sonny Terry” is an homage to these two hugely influential artists, not only on Guy’s career, but to thousands of musicians around the world. One such artist is the Italian harmonica ace, Fabrizio Poggi, who collaborates with and produced this recording.

Recorded in the summer of 2016 in Milan, the album features the original, title track song written by Guy Davis, songs by both Sonny and Brownie, as well as songs known to have been recorded and performed by the famed duo written by their contemporaries, such as Libba Cotton and Leadbelly.

Guy and Fabrizio have a relationship going back a decade in which they’ve performed together on tour in Europe and in the United States. In 2013 Fabrizio produced and played on Guy’s highly acclaimed recording, “Juba Dance”, which was number one on the Roots Music Charts for eight weeks. And ‘Fab’ also performs on Guy’s last album, “Kokomo Kidd”.

Guy Davis has spent his musical life carrying his message of the blues around the world, from the Equator to the Arctic Circle, earning him the title “An Ambassador of the Blues”. His work as an actor, author, and music teacher earmark him as a renaissance man of the blues. What music and acting have in common, he explains, “is that I don’t like people to see the hard work and the sweat that goes into what I do. I want them to hear me and be uplifted. And