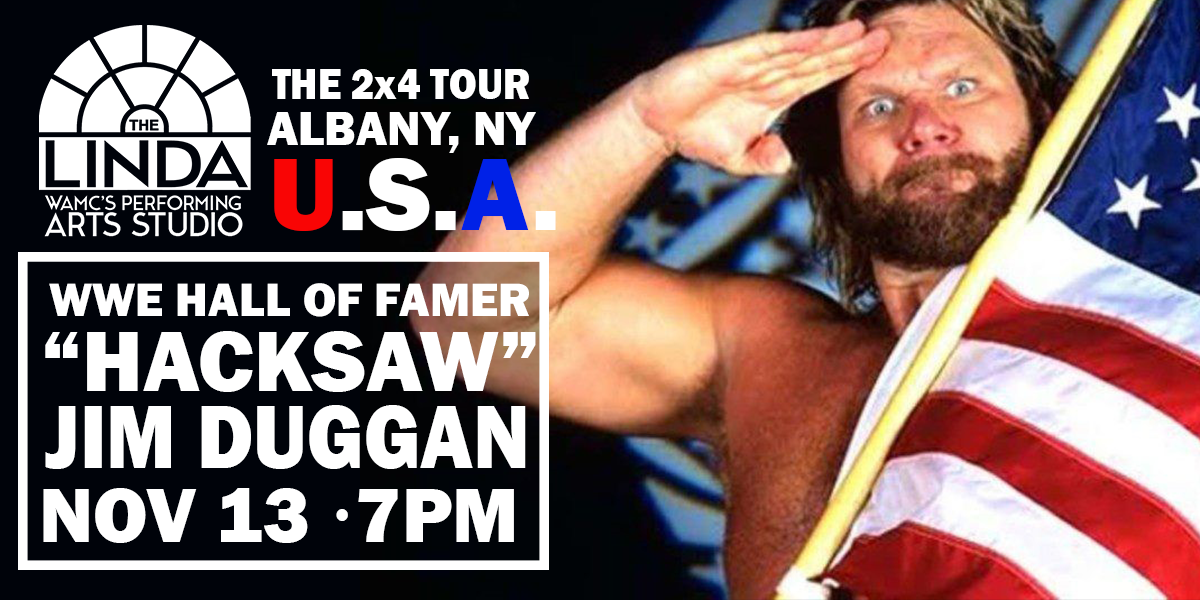 WWE Hall of Famer “Hacksaw” Jim Duggan in a hilarious in-person retrospective of the crazy life of a WWF Superstar.

WWE Hall of Famer “Hacksaw” Jim Duggan is one of the most popular American professional wrestlers of all time. People everywhere know his trademark 2×4, his battle cry “HOOO!” and his “USA! USA!” chant. He has sold out stadiums, and headlined PPVs, and is now headed your way with his comedy club tour to venues across the country.

This hour-and-a-half-long show is a wrestling fan’s dream; an up-close, intimate experience with an iconic sports celebrity legend!

His sense of humor & storytelling ability creates a show jam-packed with action. It’s a behind-the-scenes look at the crazy life of a WWF superstar and the underbelly of professional wrestling.

This show is a “must-see” for anyone who has ever watched wrestling, but you don’t have to be a wrestling fan to dig it. Fans of comedy & pop culture also give it the big thumbs up!

“Q-&-A” AUDIENCE SEGMENT – Time is always set aside where you can actually talk freely with Hacksaw, asking any “no punches pulled” questions you have. Topics include (but are not limited to) working with top names like Hulk Hogan & Andre The Giant, wrestlers playing practical jokes in the locker room, obsessed fan stories, and wrestling in strange places around the world.