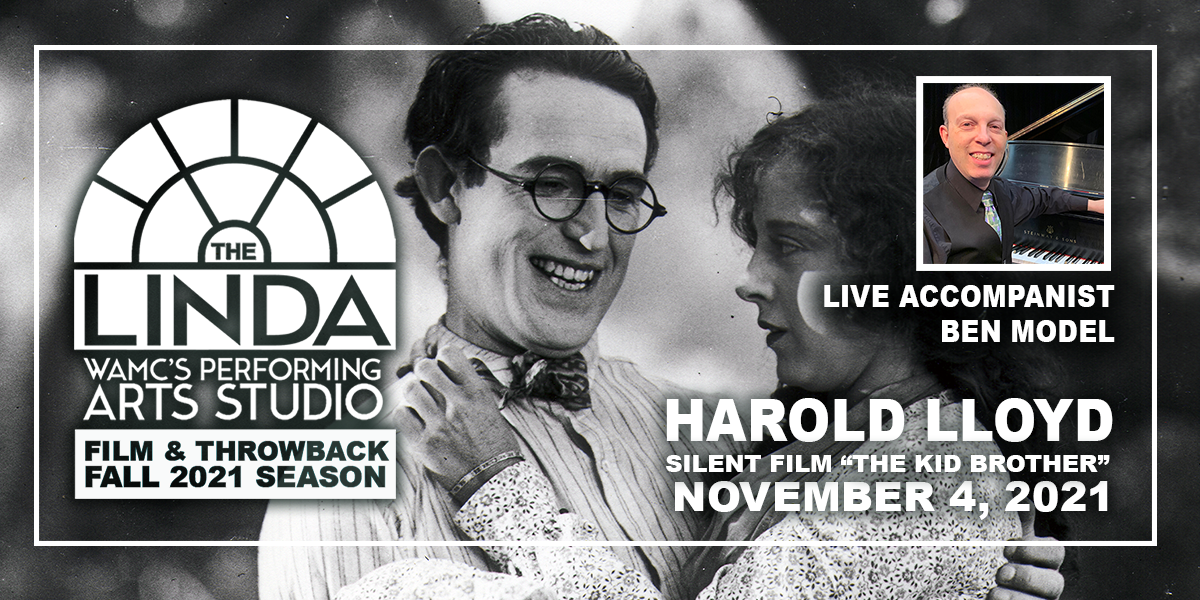 Travel back to the era of silent film and experience a cinema masterpeice in the way it was originaly presented in the years The Linda was built.

Silent-comedy legend Harold Lloyd goes west in this irresistible blend of action, romance, and slapstick invention. The bespec­tacled everyman is at his inimitable best as Harold Hickory, the gentle son of a prominent lawman who lives in the shadow of his rough-and-tumble brothers. When a traveling medicine show rolls into town, it brings with it excitement, the possibility of love, and a chance for Harold to prove his mettle. Deftly balancing Lloyd’s brilliant sight gags and thrilling set pieces—including an epic, knock-down, drag-out fight aboard an abandoned ship—with one of the actor-filmmaker’s most fully realized, root-for-the-underdog narratives, The Kid Brother is a hilarious and heartwarming high-water mark of early screen comedy.

BEN MODEL is one of the nation’s leading silent film accompanists, and performs on both piano and theatre organ. Ben works full-time presenting and accompanying silent films in a wide variety of venues around the USA and internationally, carrying on a tradition he learned from silent film organist Lee Erwin (1919-2000).

Over the past 30+ years Ben has created and performed live scores for several hundred silent films, films lasting anywhere from one minute to five hours. Ben is a resident film accompanist at the Museum of Modern Art (NY) and at the Library of Congress’ Packard Campus Theatre, and performs at theatres, museums, schools and other venues around the US and internationally.

His recorded scores can be heard on numerous DVD/Blu-Ray releases, on TCM and on his YouTube channel. His indie DVD label Undercrank Productions has released several discs of rare/lost silent films, including films preserved by the Library of Congress.

Ben is a regular accompanist at classic film festivals around the U.S.A. and internationally, and performs at universities, museums, and historic theaters. Ben is the producer and co-founder of The Silent Clowns Film Series, now in its 21st season in NYC. Ben has composed film scores for both orchestra and concert band for accompaniment to films by Chaplin and Keaton. These scores are performed around the U.S. every year by professional and school ensembles.

As a film programmer, Ben has co-curated film series for The Museum of Modern Art (MoMA), and co-programs a monthly silent film series at the Cinema Arts Center. As the archivist of the Ernie Kovacs/Edie Adams collection, he has curated two recent DVD box sets of Ernie Kovacs television shows for Shout! Factory, and was instrumental in the Library of Congress’ acquisition of the Kovacs film and videotape elements for preservation in 2015.

Ben Model is a Visiting Professor of Film Studies at Wesleyan University.