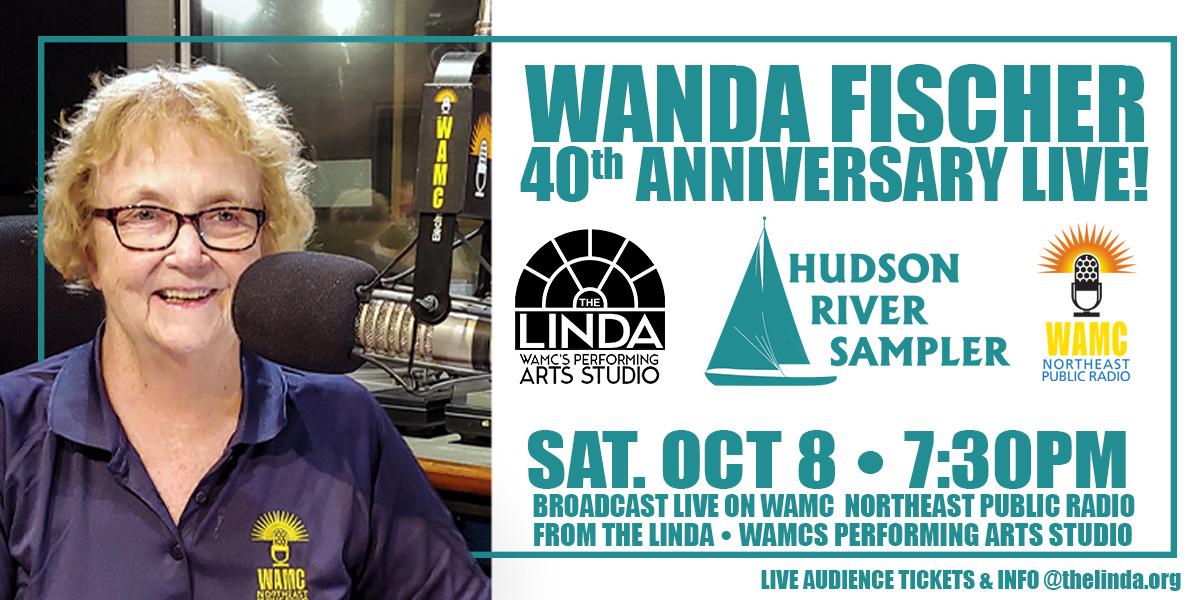 WAMC Program to Mark Four Decades on the Air:

Now, after four decades, the show still runs. With the same host.

Albany, NY – On September 18, 1982—three days after the first edition of USA Today came off the presses—WAMC debuted “The Hudson River Sampler” on Saturday nights. Hosted by Wanda Fischer, the show features folk and acoustic music from 8-10 PM.

And special surprises for the audience. Additionally, the show will be broadcast live during The “Hudson River Sampler’s” normal time slot of 8-10 PM on WAMC’s network and streaming on www.wamc.org.

“The Linda is pleased to welcome the artists who will be here on October 8,” Peter Hughes, director of The Linda, added. “These performers present a cross section of the music Wanda plays every week. This will be a special night.”

With a background that goes back many years, Fischer has been involved in this type of music since her father introduced her to it as a child. She’s also been a singer herself, having appeared at coffeehouses in the Boston area in the 1960s and ‘70s and has recorded a CD called, interestingly enough, “Singing Along with the Radio.” She and her husband Bill relocated to the Capital District in 1979. She held full-time jobs in the region while doing “The Hudson River Sampler” on Saturdays until her retirement from full-time work in 2014. During lockdown from the pandemic, she did her show live from the WAMC studio.

Fischer has been a volunteer on several boards of directors in the region, including Old Songs, Caffe Lena and the Eighth Step. She’s also a volunteer reader for the Reading is Fun program in the Schenectady City Schools and has published a novel and several short stories. A competitive local tennis player, she’s served as the captain of a United States Tennis Association team since 1988.