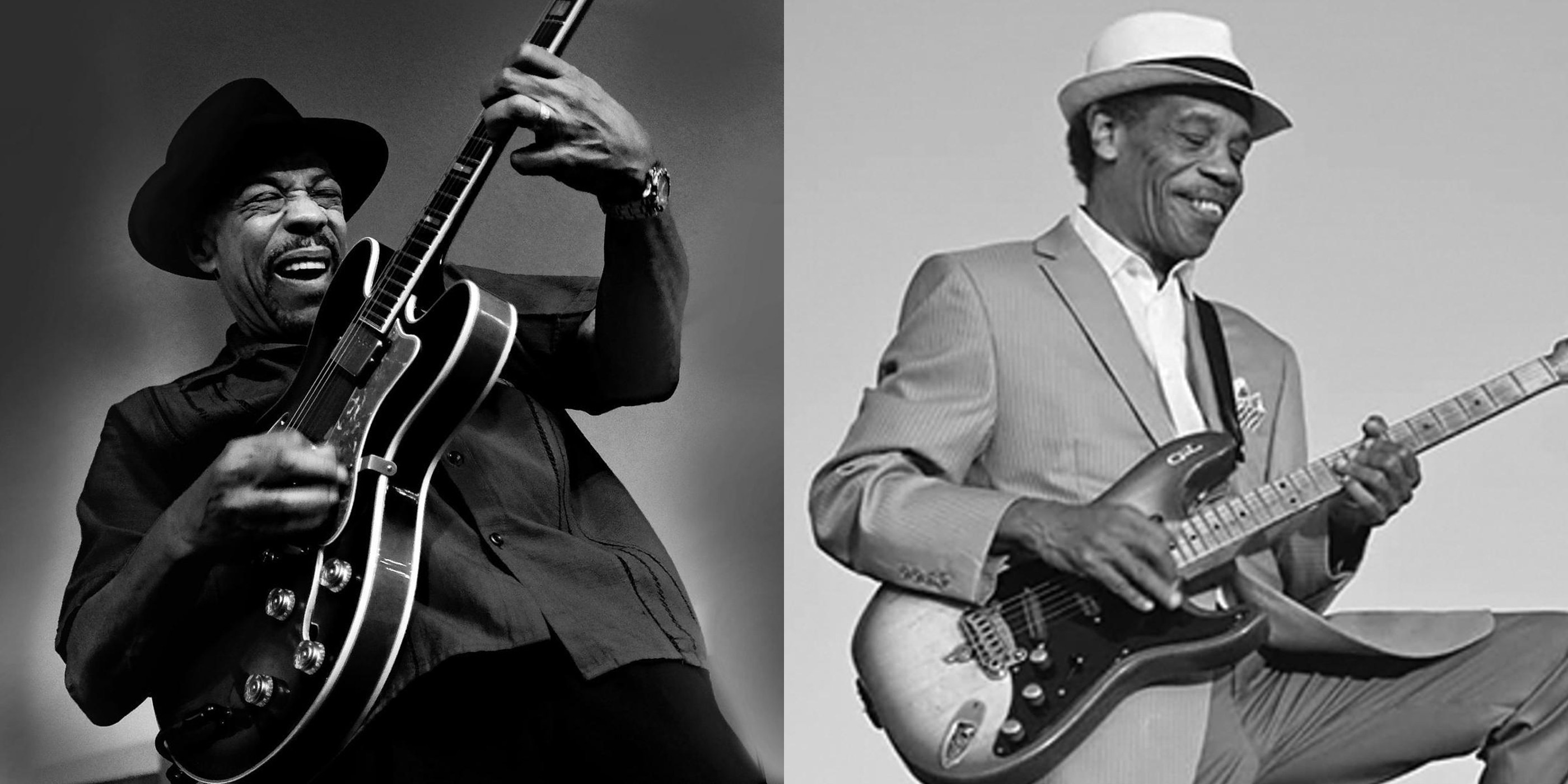 An evening of classic blues with John Primer and James Armstrong.

John Primer has undisputedly helped build the sound and style of Chicago blues as we know it today. The echos of tradition bellowing from the birthplaces he played such as: Maxwell Street, Theresa’s, Checkerboard and Rosa’s Lounges, pulse from every chord in his fingers today. John Primer is a Chicago Blues Living Legend.

John’s father died tragically in Mississippi when he was young. When his mother found work in Chicago, John soon followed, bringing the sounds and spirit of Mississippi with him in 1963. He then fell for the music of both the city’s west and south sides. Fronting his first band, The Maintainers, he was asked to join and eventually lead the house band at the world famous Theresa’s Lounge in 1974. Over the next seven years, John would play with such blues originators as: Sammy Lawhorn, Junior Wells, Buddy Guy, Smokey Smothers, Lonnie Brooks and many others shaping the foundations of the Chicago blues to come.

In 1979, the great songwriter Willie Dixon persuaded him to join his band the Chicago Blues All Stars. John traveled the U.S., Mexico and Europe, trying on hats as a rhythm guitarist, lead slide player and powerful singer. Muddy Waters heard John play and six months later Muddy recruited him not only as his guitar player and bandleader, but also as an opening act. John stayed loyal to Muddy until his death in 1983.

After Muddy’s death, John signed on with the legendary Magic Slim. For the next 14 years, he toured with Magic Slim & the Teardrops as bandleader and guitarist, culminating with the Teardrops being voted repeatedly the number one blues band in the world. This unstoppable blues band invented the “Chicago lump” blues sound we know and love today.

In 1995, John ventured out on his own as a veteran bluesman

and released his solo major label debut, The Real Deal. Since that time he’s released or been recorded on over a dozen albums and toured extensively all over the world. A master storyteller and songwriter, his catalog of songs is endless. Some of the awards attached to him include: 2 Grammy nominations and 2 Living Legend honors as well as a Blues Music Award for Best Traditional Blues Artist from the National Blues Foundation and many more.

Over his amazing career, John has recorded with, opened for or played with a who’s who of other great bands and artists including: The Rolling Stones, Eddie Vedder and Pearl Jam, Derek Trucks, Gary Clark Jr., Koko Taylor, Chuck Berry, John Lee Hooker, Ray Charles, James Brown and B.B. King.

The depth of history and tradition that runs in John’s blood from decades of master blues classes he took from all the Blues Godfathers builds his music catalog and unique style. John Primer is still at the top of his game. With his strong traditionalist blues phrasing, seasoned rhythm and blues vocals and lightning-fast slide guitar techniques, few artists can match him and none have his vast, real deal, blues history.

Born into a musical family in 1957 in Los Angeles, James Armstrong had blues music in his blood from the very start. His Mom was a blues singer, his Dad played jazz guitar. Armstrong formed his first band in the 7th grade, and by age 17 he was touring the country.

James would start making waves on the local California blues circuit by his 20s, becoming the youngest member of Smokey Wilson’s band. In the 1980s, James was a founding member of the band Mama Roo and received his first recording contract for Crescendo Records.

Armstrong was about to tour with his critically acclaimed first album, Sleeping with a Stranger, when tragedy struck. The events surrounding a home invasion left Armstrong without the use of his left hand and arm, including permanent nerve damage. This threatened to end his career forever; but thanks to the support of friends, fans and the blues community, Armstrong came back two years later with a second album, Dark Night.

What Armstrong lost in the tragedy he gained in “a whole new respect for the music itself, the power in slow blues, how the silences between the notes are as important as the notes.” Armstrong also turned his efforts to perfecting his songwriting, vocal and slide guitar skills, all the while developing his gift for turning hardship into song. The results were a third album, Got It Goin’ On. The CD garnered two Blues Music Award nominations for “best blues guitarist” and for “best song of the year” with “Pennies and Picks.”

James was also noticed by the music industry, having songs in three major motion pictures. “Bank of Love” was used in Hear No Evil, with Martin Sheen and Marlee Matlin. “Two Sides to Every Story” was featured in Speechless with Michael Keaton and Geena Davis, and also in The Florentine with Jeremy Davies and Luke Perry.

Blues Been Good to Me. is his latest release on CatFood Records (October 20, 2017). Armstrong released two prior CDs with CatFood Records: Blues at The Border (2011) and Guitar Angels (2014). Both CDs ranked in the top 40 of the year ratings in Living Blues radio charts.

Armstrong continues to tour extensively. He pays tribute to the past with the traditional blues, and his unique songwriting skills. Using both slide and pick, James’ guitar playing is some of the smoothest in the business. James regularly brings his vibrant and welcoming live shows to people around the globe.