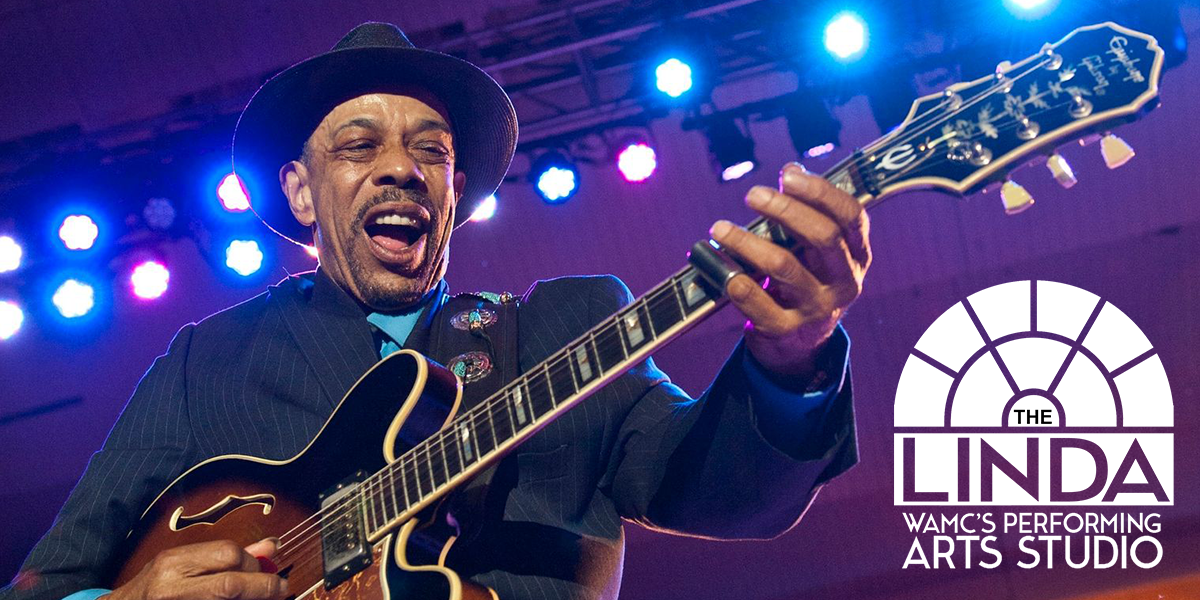 In accordance with CDC, state, and local recommendations, The Linda will require all patrons to wear facemasks regardless of vaccination status. This is being done as a safety measure to ensure the health and well-being of our staff, artists, and guests while continuing to provide a top-shelf live experience. Facemasks may be removed while eating or drinking.

John Primer has undisputedly helped build the sound and style of Chicago blues as we know it today. The echos of tradition bellowing from the birthplaces he played such as: Maxwell Street, Theresa’s, Checkerboard and Rosa’s Lounges, pulse from every chord in his fingers today. John Primer is a Chicago Blues Living Legend.

Growing up on Mississippi sharecropper land in 1945, inspired by his family’s hard work and field songs daily, deep devotion to spirituals on Sundays, and blues on Saturdays! John dreamed of one day playing with the Legendary Muddy Waters!

Moving to Chicago in 1963, he started on that path of becoming a great bluesman, getting his first steady gig at the legendary Maxwell Street in Chicago on Sunday’s and at the famous Theresa’s Lounge seven nights a week for seven years! John was taught by the founding fathers of the blues! Starting out with his own band the Maintainers with Pat Rushing on Maxwell Street, he then moved on to play with the legendary Sammy Lawhorn and Junior Wells at Theresa’s Lounge. He worked hard and impressed Willie Dixon enough to go on tour with him and his Chicago Blues All-Stars Band. At this point he was known and John’s dream finally came true in 1981 when he got to play with his idol, Muddy Waters! Muddy called for him to lead his band and changed his life forever. After Muddy’s untimely death, he joined up with Magic Slim & The Teardrops for the next 14 years, traveling all over the world. John paid his dues and in 1995 he began leading his own band, The Real Deal Blues Band. He has been recorded more than 87 albums with 17 albums in his own name. He has written and produced more than 55 songs on more than 6 record labels including his own, Blues House Productions. Earning 2 Grammy Award nominations, given 2 Lifetime Achievement Awards, inducted into the Chicago Blues Hall of Fame, awarded the “Muddy Award” for being a traditional blues icon, winning a Blues Music Award, Blues Blast Awards and countless other awards, John Primer is a legendary Chicago Blues Icon!