Kimberly Hawkey – We the Nighthawks 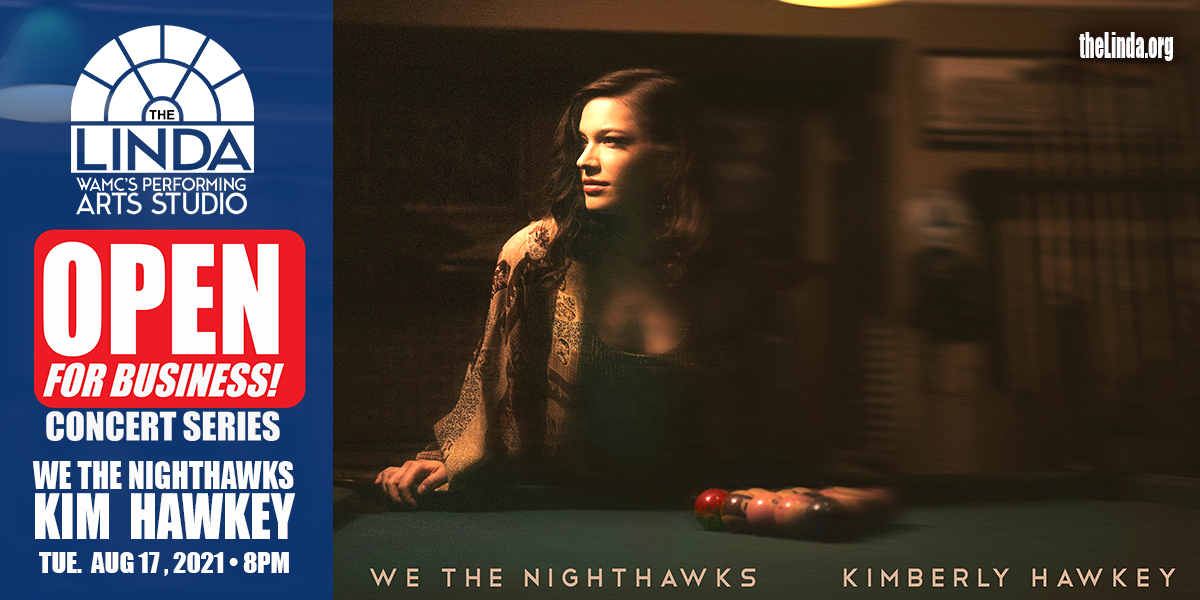 Multi-genre vocalist, instrumentalist and bandleader, Kimberly Hawkey, performs her 13-track album called We the Nighthawks. We the Nighthawks, an album that pulls art song, jazz, musical theatre and American songbook, will take listeners on a sonic journey that captures human stories of life, love and loss.

The project was conceived and driven creatively by songwriters Justin K. Rivers and Lecco Morris. Together with Hawkey, this unique New York-based trio worked to conceptualize We the Nighthawks in March 2020 as the country was heading into lockdown.

On the production side, We the Nighthawks benefits tremendously from the experience and wisdom of seven-time Grammy winning producer, Joel Moss. From Ray Charles, Stephen Sondheim and Lin-Manuel Miranda, to Tony Bennett and Johnny Cash, Moss has been a trusted producer in the music world for 50 years. In describing his exigence for taking on this indie project, Moss says, “My first listening of these Morris/Rivers compositions was a simple piano/vocal recording. The fact that its simplicity featured the brilliant playing of Assaf Gleizner and the angelic voice of Kimberly Hawkey was not wasted on my ready-to-be-unexcited ears. I was immediately captivated, and rather than quickly scanning, tune to tune, I listened intently, top to bottom…twice.” Moss enthusiastically signed on, completing the creative team.

Having already made music her life’s work, Hawkey shares a deep connection with the project’s gifted musical director, Grammy-nominated Assaf Gleizner. Gleizner’s orchestrations and arrangements were featured in Stephen Schwartz’ 70th Birthday Concert at the Hudson Theater featuring Ben Platt and many more.