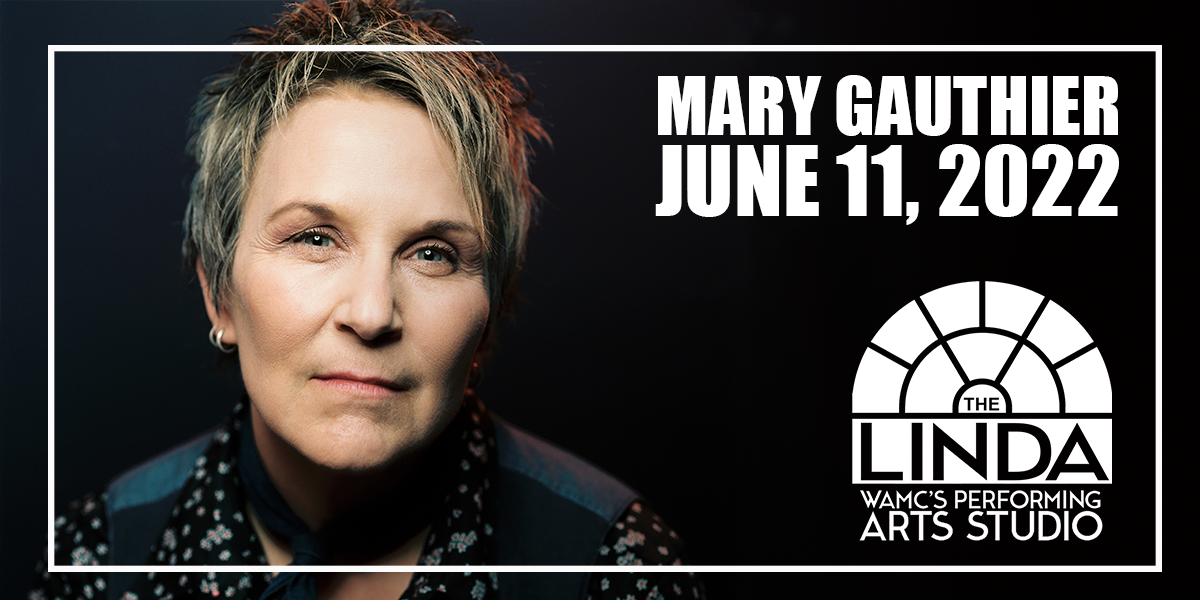 Every single day, which means some days are better and some much worse.

Every day, on average, twenty-two veterans commit suicide. Each year seventy-four hundred current and former members of the United States Armed Services take their own lives.

That number does not include drug overdoses or car wrecks or any of the more inventive ways somebody might less obviously choose to die.

It seems trivial to suggest those lives might be saved — healed, even — by a song. By the process of writing a song.

And yet there is nothing trivial about Mary Gauthier’s tenth album, Rifles and Rosary Beads (Thirty Tigers), all eleven songs co-written with and for wounded veterans. Eleven of the nearly four hundred songs that highly accomplished songwriters have co-written as part of Darden Smith’s five-year-old SongwritingWith:Soldiers program.

None of the soldiers who have participated in the program have taken their own lives, and there’s nothing trivial about that. Something about writing that song — telling that story — is healing. What Smith calls post-traumatic-growth.

Gauthier’s first nine albums presented extraordinary confessional songs, deeply personal, profoundly emotional pieces ranging from “I Drink,” a blunt accounting of addiction, to “March 11, 1962,” the day she was born — and relinquished to an orphanage — to “Worthy,” in which the singer finally understands she is deserving of love. Maybe that’s where the confessional song cycle ends, for she has midwifed these eleven new songs in careful collaboration with other souls whose struggle is urgent, immediate, and palpable. And none are about her.

Each song on Rifles and Rosary Beads is a gut punch: deceptively simple and emotionally complex. From the opening “Soldiering On” (“What saves you in the battle/Can kill you at home”) to “Bullet Holes in the Sky” (“They thank me for my service/And wave their little flags/They genuflect on Sundays/And yes, they’d send us back”), to the abject horror of “Iraq,” and its quiet depiction of a female mechanic’s rape, each song tells the story of a deeply wounded veteran.

Darrell Scott, returning from one of Smith’s first retreats, called and told Mary she needed to participate. “I felt unqualified,” she says. “I didn’t know anything about the military, I was terrified of fucking it up. I didn’t feel I knew how to be in the presence of that much trauma without being afraid. But Darrell knew I could do it. Turns out, I was able to sit with the veterans with a sense of calmness and help them articulate their suffering without fear. I was shocked by that. And I took to it.”

It has become a calling. “My job as a songwriter is to find that thing a soul needs to say,” Mary says. “Each retreat brings together a dozen or so soldiers and four songwriters, three songs each in two days. We don’t have a choice. We have to stay focused, listen carefully, and make sure every veteran gets their own song. And we always do.”

“None of the veterans are artists. They don’t write songs, they don’t know that songs can be used to move trauma. Their understanding of song doesn’t include that. For me it’s been the whole damn deal. Songwriting saved me. It’s what I think the best songs do, help articulate the ineffable, make the invisible visible, creating resonance, so that people, (including the songwriter) don’t feel alone.”

The impact of these songs becomes visible quickly, unexpectedly.

Featured in the TV series “Nashville,” the Bluebird Cafe now prospers as a tourist destination. The room fills twice a night with people thrilled to be in the presence of real live Nashville songwriters.

Who, in turn, are thrilled to be in the presence of a paying audience that can do nothing to advance their careers, save give a genuine response to their songs.

The gentleman at the next table has handsome white hair and a hundred-dollar casual shirt, and almost certainly had no idea who Mary Gauthier was, nor what her songs might be about, when he came out of the sunlight into the darkened listening room. He knows, now. Thick, manicured fingers cover his face, trying to catch his slow tears. His wife sits close, watches carefully, but knows better than to touch him.

He is not alone in that small audience.

Every day we are touched by the veterans in our lives, whether we know it or not.

Every single day. Even if it’s only the guy on Main Street, in the wheelchair, with the flag.

And, yes, a song may be the answer.

“Because the results are so dramatic, this could work for other traumas,” Mary says. “Trauma is the epidemic. You say opioid, I say trauma epidemic. As an addict, I know addiction is self-medication because of suffering, and beneath that pain is always trauma. Underneath so much of the problems in the world is trauma, it’s the central issue humanity is dealing with. We’ve found something powerful here, that brings hope to people who are hurting. So they know they are not alone.”