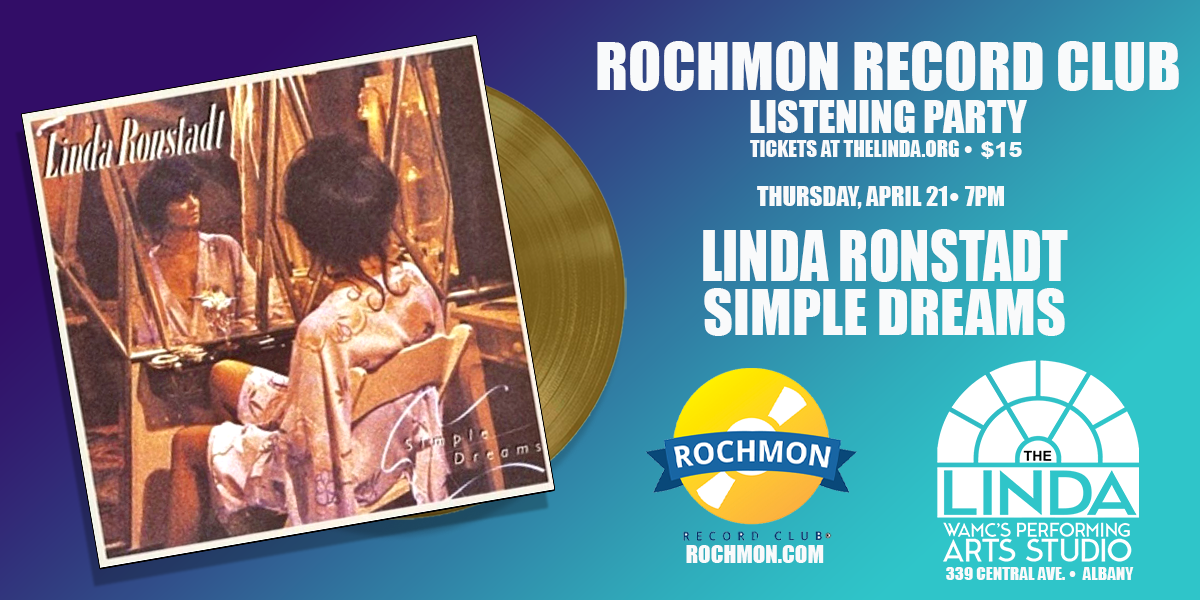 On Thursday April 21 The Rochmon Record Club will converge to listen, and learn about Linda Ronstadt’s 8th album “Simple Dreams” at The Linda.

Linda Ronstadt scored hit record after hit record with her wonderfully recorded albums and beautiful, effortless voice. A staple on the radio in the 70’s “Simple Dreams” features Buddy Holly’s “It So Easy”, Roy Orbison’s “Blue Bayou”, the Rolling Stones “Tumbling Dice”, two Warren Zevon songs and 5 more. Recorded and released in 1977 “Simple Dreams” is an audio snapshot of an artist at the top of her game. The Listening Party begins at 7pm with a live audio & video presentation by Chuck Vosganian aka “Rochmon”. A Rochmon Record Club Listening Party is meant to inform and deepen our understanding of the history of the individual performers, the songs and stories that went into the making this iconic album. By listening together, we hear the album again for the first time.