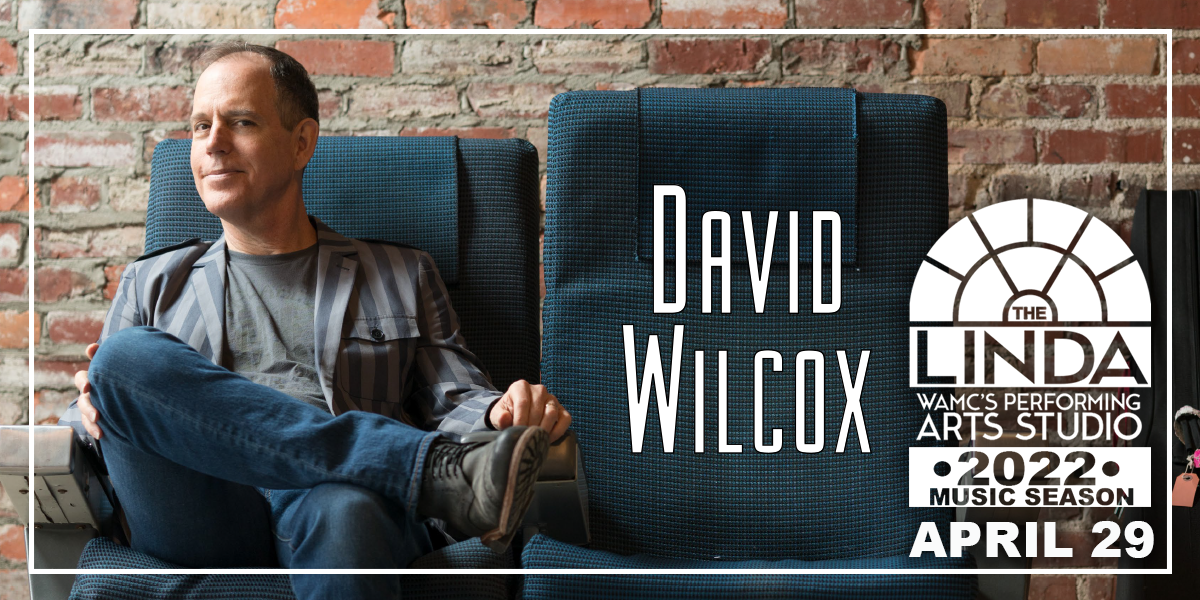 “David Wilcox’s ongoing musical journey is compelling and richly deserving of a listen.”

More than three decades into his career, singer/songwriter David Wilcox continues to push himself, just as he always has. Wilcox, by so many measures, is a quintessential folk singer, telling stories full of heart, humor, and hope, substance, searching, and style. His innate sense of adventure and authenticity is why critics and colleagues, alike, have always praised not just his artistry, but his humanity, as well.

That’s not by accident; it’s very much by design. It’s the result of a man giving himself over in gratitude and service to something bigger than himself. “I’m grateful to music,” he says. “I have a life that feels deeply good, but when I started playing music, nothing in my life felt that good. I started to write songs because I wanted to find a way to make my life feel as good as I felt when I heard a great song. I don’t think I’d be alive now if it had not been for music.”

The message that Brooklyn singer/songwriter Jesse Ruben has been spreading through his music is simple and direct. I can. You can. We Can. When Jesse originally wrote his song “We Can”, he had just run the NYC Marathon and hoped to inspire people to start running. As it turns out, his message was meant to be much more universal. A few months after he released the track, a Vancouver elementary school reached out, saying they had been playing it to inspire their students. They asked Jesse to fly in and perform the song for their school, and so began “The We Can Project”, which now spreads across North America. Jesse began touring the country, visiting schools and helping students come up with personal goals and ways to give back to their community. Amazing things began to happen. Playgrounds were built. Gardens planted. Cancer walks organized.

Just as things were taking off, life threw a curveball. Jesse had just headlined and sold out his entire East Coast tour and was writing new music when he became incredibly ill. It took 9 months and more than a dozen doctors before he got his diagnosis: Lyme Disease. Jesse was so sick, he didn’t think he would ever play music or lead a normal life again. Suddenly, the message he had been spreading to students over the past year rang truer than ever before. I can do this. It took two full years to rebuild his health. It’s an experience Jesse won’t easily forget.

In fact, it’s changed his perspective on life and writing. Jesse had always wanted to inspire people through his music, but now has a mission and an even bigger message: No matter what you are going through, you’re not alone, and it will get better. Now, he is healthy and more motivated than ever to build his career and pursue his dreams. One big dream came to fruition this year, as “The We Can Project” received national news coverage with a live performance by Jesse on The Today Show. And the dreaming doesn’t stop there.

Next year, Jesse will release his EP A Reply to Violence. The title is inspired by a Leonard Bernstein quote he stumbled upon on the side of a school while walking through the East Village: