Slaid Cleaves – Live at The Linda 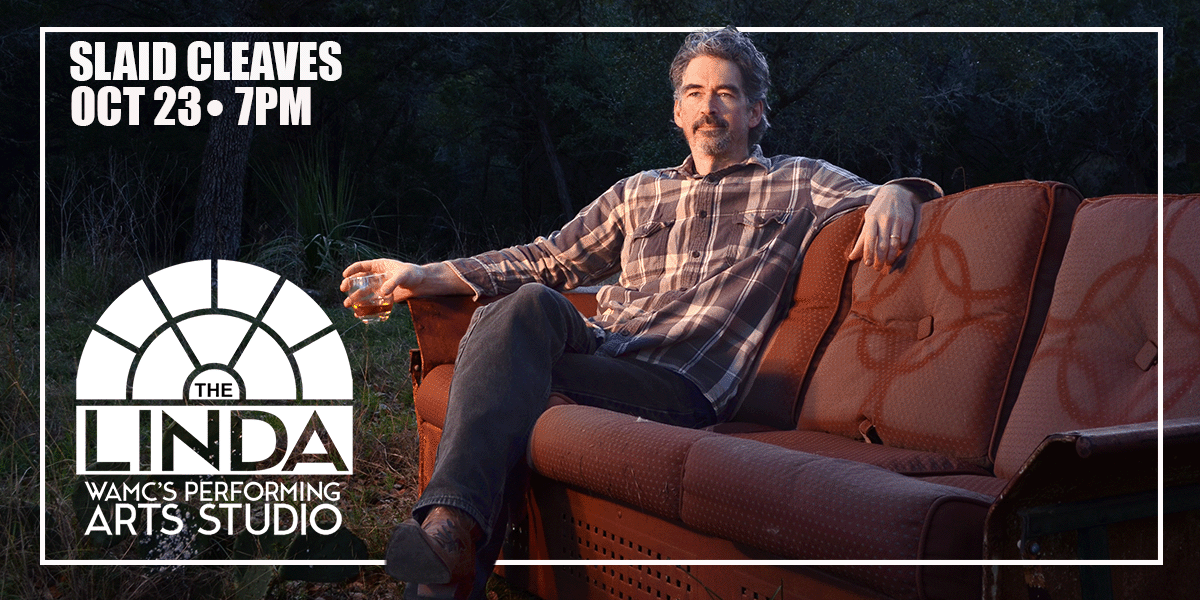 Slaid Cleaves: Grew up in Maine. Lives in Texas. Writes songs. Makes records. Travels around. Tries to be good.

Joseph Hudak of Rolling Stone calls Cleaves “a master storyteller, one influenced not by the shine of pop culture but by the dirt of real life.”

Now twenty-five years into his storied career, Cleaves’ songwriting has never been more potent than on his latest album Ghost on the Car Radio (2017).

Described as “terse, clear and heartfelt” (NPR Fresh Air), his songs speak to timeless truths. “I’m not an innovator. I’m more of a keeper of the flame,” he says.

The New York Daily News called his music “a treasure hidden in plain sight,” while the Austin Chronicle declared, “there are few contemporaries that compare. He’s become a master craftsman on the order of Guy Clark and John Prine.”