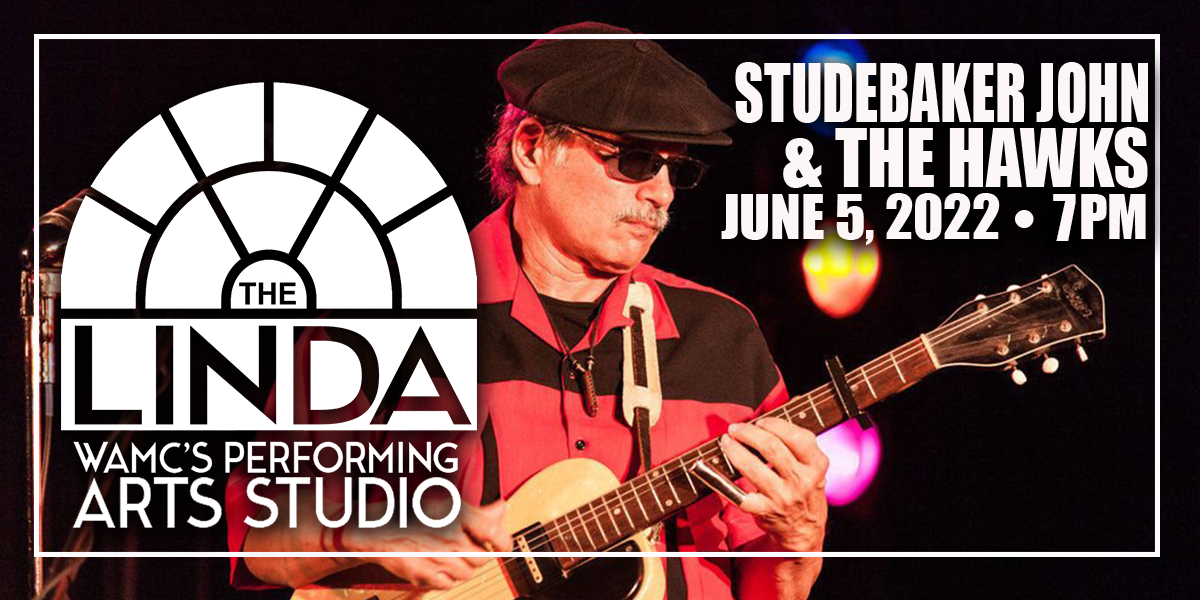 Studebaker John Grimaldi was born in an Italian-American section of Chicago and started playing harmonica at age 7. Under the spell of music he heard on Maxwell Street, Chicago’s famed blues melting pot, Grimaldi began performing as Studebaker John and the Hawks in the ‘70s. The band name referenced the Studebaker Hawk, a car Grimaldi still owns today, and was also intended as a tribute to his friend, J.B. Hutto and the Hawks. John began playing guitar after a life-changing experience of seeing Hound Dog Taylor and the Houserockers perform. “…Hound Dog started playing, hitting notes that sent chills up and down my spine. He was versatile and powerful and would play rhythm as well as leads. I left there knowing what I wanted to do. I had to play slide guitar.”

1978: After playing at various Chicago clubs, John records his first record, Straight No Chaser, released on Retread Records. His second recording, Rocking the Blues, is released in 1985 on Avanti Records. John continues to work clubs and concerts in Chicago and the mid-west region.

1992: Rockin’ The Blues is re-released on the Double Trouble label.

1993: Canadian filmmaker, Atom Egoyan, selects three songs from Nothin’ But Fun and Born To Win to include in his film, Calendar.

1995: Nothin’ But Fun is renamed Outside Lookin’ In and becomes John’s 2nd Blind Pig Records release.

1996: John collaborates with record producer Jim Gaines on his 3rd Blind Pig release, Tremoloxe. Studebaker John & the Hawks tour throughout the USA, Canada & Europe in support of this new release.

1997: Time Will Tell, John’s 4th Blind Pig recording, is released. Songs from the CD are featured in the 2001 film Cowboy Up, starring Kiefer Sutherland and Darrel Hannah. John’s music is also used for a CNN/NASCAR Raceway break-theme and in a Ford Thunderbird commercial shown during the 2002 season premiere episode of Fox TV’s “24”.

2001: Howl With The Wolf, released on Evidence Music, revisits John’s roots, one last look at the past before looking exclusively to the future.

2004: The Avanti Records’ release, Between Life & Death, showcases John’s unique songwriting talents, and his blazing guitar and harmonica technique, creating a new sound that transports the blues genre into the 21st century.

As a songwriter and musician, Studebaker John has emerged as a major creative force in the world of the blues today. Ahead of the pack, with vision and foresight, creating a new standard and landscape for this music’s future… with John at the wheel, the future is now!