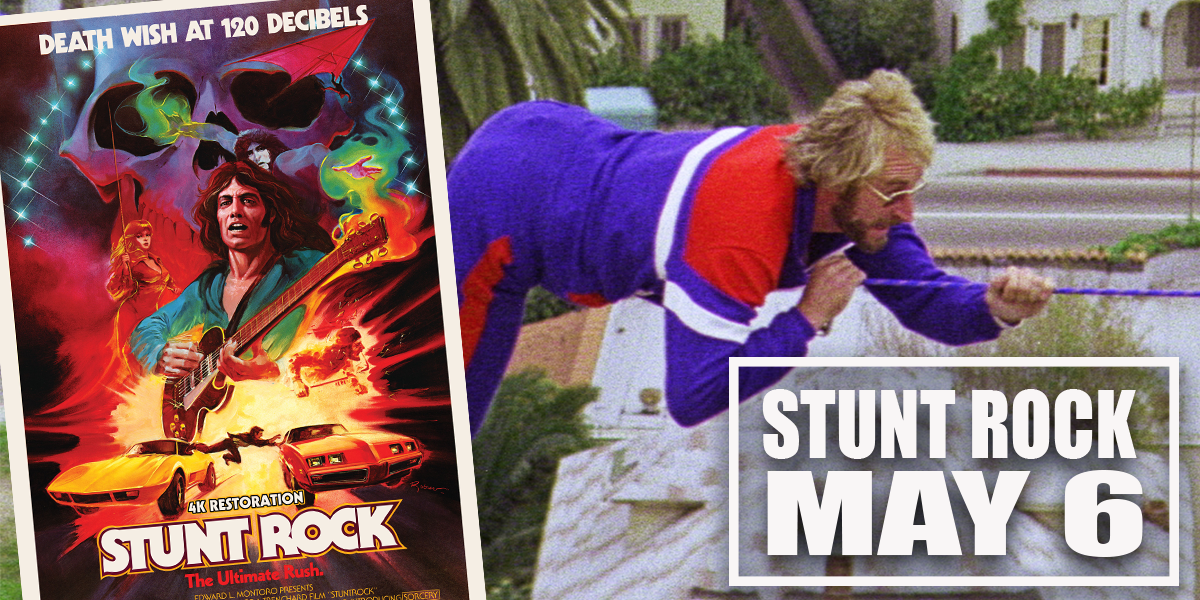 Real-life stuntman Grant Page travels to Los Angeles to work on a television series, and in his spare time lends his expertise to his cousin’s rock band Sorcery – helping them develop pyrotechnic magic tricks for their stage shows. All while finding himself in a budding romance with reporter Lois Wills (Margaret Gerard).

Helmed by Ozploitation legend Brian Trenchard-Smith (BMX Bandits, Deathcheaters), Stunt Rock is a breathless, action-packed 90-minute trailer. Footage from other of his films (as well as licensed clips from the original Gone in 60 Seconds) pad out the impressive new stunts and the Spinal Tap-esque musical excursions of Sorcery, featuring an on-stage battle between good and evil, magic, a wizard, and a flame-throwing devil…

Stunt Rock is danger as you never imagined it! New 4K Restoration.