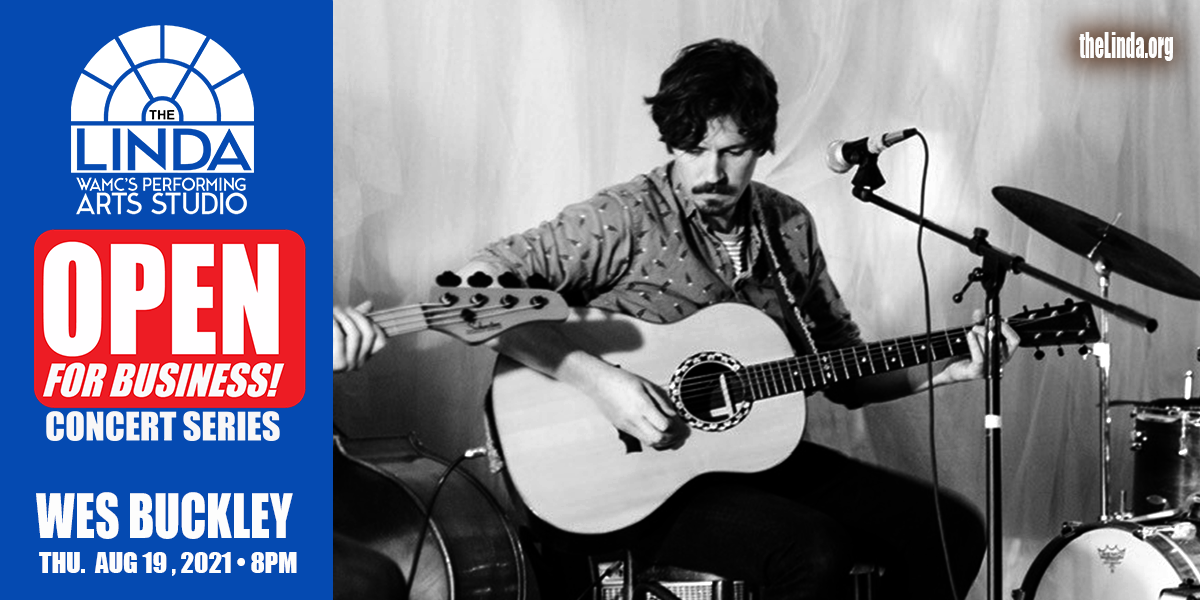 Wes Buckley is a musician from Pittsfield, MA. His latest record is called The Towering Ground and is out on Half A Million Records. Of Wes and the record, Dusted Magazine writes: Wes Buckley is in on the grand cosmic joke, grinning at you sideways while finding revelation on a dirt path through the woods. His songs hew to very simple forms, but crackle with giddy, off-kilter energy, as if he absolutely cannot wait to get to the next bit and the part after that. He spins out psychedelic imagery in a nasal twang, slapping and slashing and sliding on an array of guitars. Buckley comes from Western Massachusetts, a place that is fairly teeming with eccentric, acoustic folk singers, but few as wild-eyed and unconstrained as he.